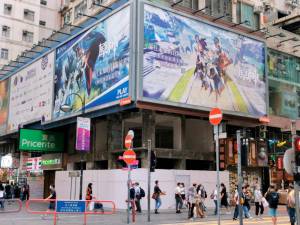 FREE-to-play fantasy game Genshin Impact from Shanghai-based developer Mihoyo is proving a hit beyond its home market, raking in money with a controversial payment system and creating a potential breakout moment for China’s gaming industry.

The game, available for mobile devices, PlayStation 4 and PC, has generated sales of US$ 140 million on mobile alone since its launch at the end of September, data from analytics firm Sensor Tower shows, with Japan its biggest market after China.

The success of Genshin Impact reflects China’s growing infiltration of Japan’s mobile market, where titles from gaming giants Tencent Holdings and NetEase Inc jostle in the rankings of top-grossing titles.

The game has found a foothold by adopting the tropes of Japanese games, bearing a resemblance to Nintendo Co Ltd’s The Legend of Zelda: Breath of the Wild and featuring stock anime characters and dialogue.

Genshin Impact sales are driven by its “gacha” system, where real-world currency is used to obtain randomised rewards that can help players advance faster.

The system is central to Japan’s top mobile games, and similar to the “loot boxes” in many Western titles, but often offers only a small chance of winning good rewards. As a result, players pour money into gacha, and getting rare items turns into a game of its own.

“Genshin Impact” is also gaining traction in the United States, with more than US$ 20 million in sales, suggesting greater acceptance of gacha, which has been criticised for how it encourages spending.

The game is the second-most played in China, just behind Tencent’s megahit Honour of Kings, according to gaming review platform Taptap.

Its popularity comes even after Mihoyo, unhappy with Huawei’s commission structure for sales on its app store, decided not to place its game there, a source said.

Genshin Impact also landed as developers grappled with the impact of the COVID-19 pandemic, affecting release dates, and as gamers await the November launch of consoles from Sony Corp and Microsoft Corp.- Reuters

By Jessica Napoli Dr. Phil McGraw shared a hilarious story involving his wife, Robin, getting locked in the trunk of a car.The TV personality made an appearance...
Read more

By"The man’s next of kin have been informed and they are being supported by specially trained officers. "No arrests have been made at this stage....
Read more

ByChristian Swann & Scott Goddard, The Conversation We often hear about people being "in the zone" when they have excelled, be it at sport, playing...
Read more