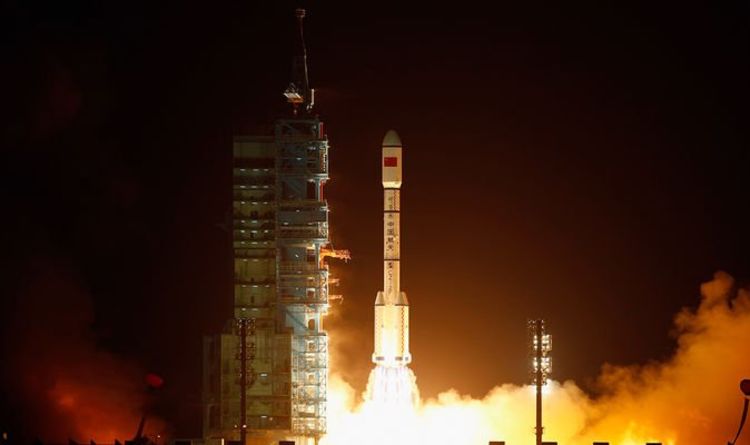 Xinhua say a Long March 5B rocket will be a “trial version” of Beijing’s new spaceship and could carry up to six astronauts, double the number of previous ships. The April mission will not, according to space.com, carry people or pieces of the nation, but prepare officials for the challenges ahead. China aims to complete the station by 2022.

The station will be shaped like a T with a core module and two lab capsules either side.

It is set to have one-third of the living space of the International Space Station (ISS).

The ISS generally holds crews of between three and six.

Currently on board is Russian commander Oleg Skripochka and American duo Jessica Meir and Andrew Morgan.

These are Russian duo Anatoli Ivanishin and Ivan Vagner plus NASA’s Christopher Cassidy.

According to Xinhua, the new Chinese station will no longer require water launched from Earth.

Instead, it will use water recovered from exhaled water vapour and recycled and purified urine.

In 2003, China became just the third country to send humans into space on their own.

CNSA has co-operation agreements with Brazil, Chile, France, Germany, India, Italy, Pakistan, Russia, Ukraine, the UK and the US amongst others.

The CNSA is not involved in the ISS programme.

The US NASA, Russian Roscosmos, Japanese JAXA, Canadian CSA and European ESA are participating in the project.