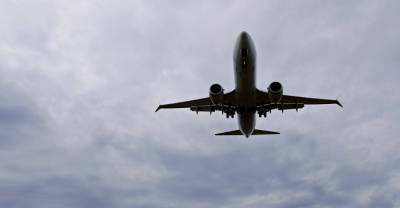 BEIJING: China quarantined 94 air passengers arriving from Seoul after three people on the flight were discovered to have fevers, state media reported Wednesday.

The three passengers, all Chinese, arrived in the city of Nanjing on Tuesday morning and were discovered after customs personnel boarded the aircraft on landing to screen passengers for symptoms, Chinese state broadcaster CCTV said.

The three were immediately sent by ambulance to a hospital for isolation and testing, while 94 people who had sat near them on the plane were sent to a hotel to be quarantined, CCTV said.

None of the three people with fevers had any history of travel to Wuhan, the city where the outbreak originated.

South Korea is among the countries that have reported a surge in cases in recent days even as the number of fresh cases declines at the epicentre of the disease in China.

Seoul reported the country’s 11th death from the virus and 169 new infections Wednesday, taking its overall tally to 1,146 cases — by far the largest tally outside China.

Most of China has been placed under travel restrictions since late January, with hard-hit Hubei province under virtual quarantine, and local governments have required travellers from other parts of the country to submit to health checks and quarantines.

But China has become increasingly wary of arrivals from outside the country, with Qingdao, a coastal city across the Yellow Sea from South Korea, announcing Monday that arrivals from abroad must now quarantine themselves for 14 days. — AFP

ByA P&O Ferries spokesperson told Express.co.uk: “Last night there was a fire which was safely extinguished by the ship’s crew in one of the engine...
Read more

ByValeriya SafronovaFlight attendants have taken on various roles in the public imagination over the last century: nurse, companion in the skies, doting provider, glamorous...
Read more

ByAlyssa Norwin While Tom Kaulitz slept beside her, Heidi Klum got in the Halloween spirit by playing with spooky filters and playfully licking her man’s...
Read more