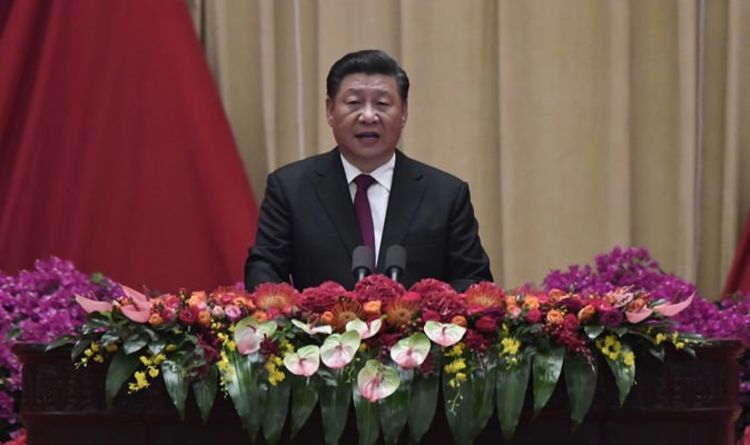 He told delegates that blockchain technology was vital to the future of the country’s industrial ambitions and encouraged officials to focus on its development. Blockchain is the technology that underpins cryptocurrency and, although it was born hand-in-hand with bitcoin, scientists and academics the world over have been trying to separate blockchain as in industry in its own right for several years.

However, the connection between the two is almost inseparable in many eyes.

Which is why, when Xi Jinping cajoled and harried China’s leading boffins to advance blockchain development, the world of cryptocurrency flew into a frenzy.

Up until the end of last week, bitcoin itself was hurtling towards a point in its value lifecycle where it looked likely to be plunged into an abyss after collapsing to around $ 7,300 and showing no signs of recovery.

The decade-old digital asset suddenly spiked on Friday as news of China’s apparent endorsement began to scuttle in every direction with excited whispers of one of cryptocurrency’s heaviest shackles being cast aside.

By Saturday evening, BTC had skyrocketed above $ 10,000 – driven by the sort of momentum that could have carried it back to the dizzying heights its legions of enthusiasts dream of.

After settling around $ 9,400 that enthusiasm still remains.

What is missing now, though, is China’s support – something that, in many eyes, underpinned the weekend spike in price.

Chinese state media has been quick to clarify Xi Jinping’s remarks as a definite backing of blockchain technology – not cryptocurrency.

The People’s Daily – a Beijing-based news outlet – is this week carrying the rolling message that China’s support of blockchain should not be misinterpreted as support for cryptocurrency.

“Blockchain’s future is here but we must remain rational,” a leader in the newspaper said.

Cryptocurrency trading is still banned throughout China, despite noises from Beijing during much of 2019 that the secretive country has advanced plans to launch its own crypto in the coming months.

- Advertisement -
- Advertisement -
Facebook
Twitter
Pinterest
WhatsApp
Linkedin
ReddIt
Email
Tumblr
VK
Previous articlePancreatic cancer symptoms: Experiencing pain in this part of the body is a warning sign
Next articleRoyal shock: The Queen insists her shoes are ‘worn in’ by staff before she wears them