Chris Evans: 'Not worth the risk!' Virgin Radio DJ refuses... 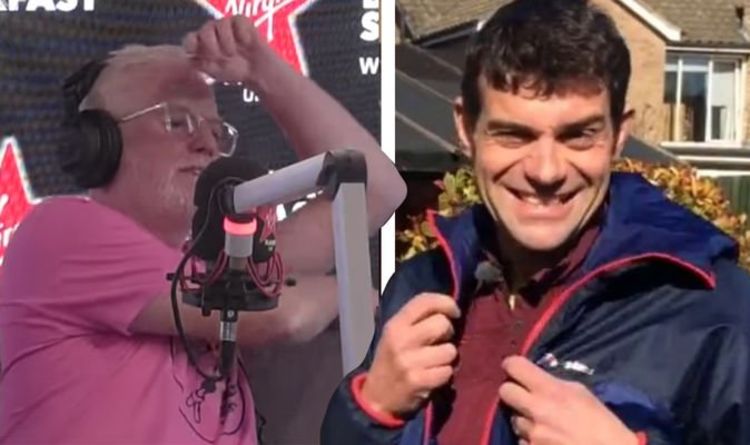 Chris Evans, 53, had his co-stars cackling on Thursday morning, after he refused to read part of his script. The reasoning behind it? He thought they were trying to “trick” him by highlighting something that might have been too much of a “risk” to say on-air.

He was joined by his usual on-air team Vassos Alexander and Rachel Horne, who is currently tuning in from home amid the coronavirus pandemic.

Touching on trending topics of the day, the trio wanted to discuss elements of quarantine that affect people everyday.

The former BBC DJ read out the title of a recent survey: “People reveal the weirdest things they’ve found during lockdown,” he giggled before pausing.

“I’m not going to read the initial list, I don’t think you want me to read that, would you?” he asked Vassos.

“I know you’ve underlined it and put it in bold…”

His co-star started chuckling at the sarcastic remark.

“I’m not going to do that, is that like a trick?!” Chris continued.

“Let’s see if he really pre-reads his scripts shall we,” he giggled, mocking his pal before snapping: “I’m not going to read that out am I?!”

It seems there was something slightly “risky” highlighted on the presenter’s script before the show and it must have been bad because he joked about it being the “last thing” he ever reads out on radio.

Rachel, who wasn’t sat with the boys, was curious as to what it said.

“I want to know what it says now!” she exclaimed, as Vassos prepared to send her a text.

Soon, there was a long pause before he blurted out: “That was awful.”

There was another short pause as the ex Top Gear host said: “If you have time machine can we borrow it?

“That was the worst segway ever on the radio and it was on my show!” he groaned at the embarrassment.

Just as listeners thought he would swiftly move on, Chris suddenly stopped the music completely and the whole studio fell silent.

“We need to reload the whole thing, gobsmackers and everything – we cannot let that happen!” he snapped, as all that could be heard was the rustling of papers and people rushing about.