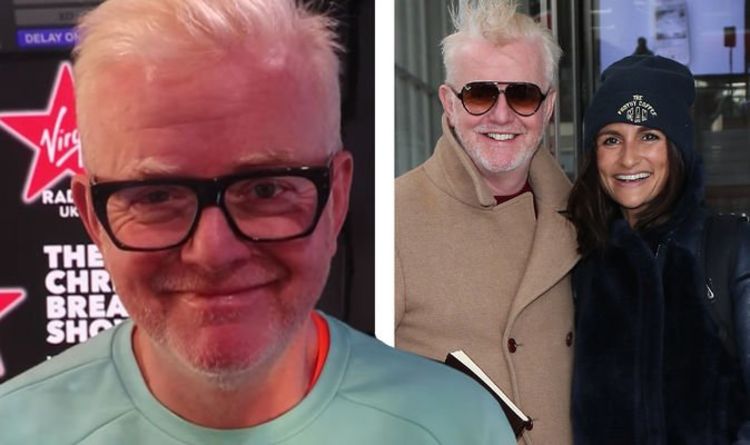 On Friday, Chris revealed the total topped £100,007, a staggering amount from a garage sale he hosted.

The radio DJ and his 11-year-old son Noah, have been working with a voluntary organisation called Scrubs Glorious Scrubs.

The sewing collaborative has over 400 people up and down the UK making scrubs and bags for staff to put their dirty clothing into at the end of the shift, to avoid any cross-contamination with their families when they get home.

And with the donation from Chris’ garage sale, the seamstresses working around the clock created 2,140 sets of scrubs for NHS staff.

The auction included items from members of the public wanting to get involved with the generous cause and some from Chris himself.

Certain pieces were selling for over triple times their regular amount, and the former BBC host couldn’t help but gush over the success.

He revealed on Tuesday morning that a Japanese knife had sold to the winning bidder for a staggering £650, a figure his children couldn’t believe.

But Chris explained his wife Natasha, tried to prove her point that artifacts such as that, do sell for very high amounts.

“She was very defensive – she said ‘No no no, those knives go for that anyway,'” he explained to listeners, describing how Natasha resorted to Google to back up her theory.

“The most expensive one she could find was £78, which was inconvenient for her argument at the time,” he giggled, as his co-star Vassos Alexander chuckled away in the background.

“But she is right of course, those knives do go for an absolute fortune, £500 – £1,000, but she just couldn’t find one quick enough and the kids still don’t believe her.”

The ex face of Top Gear went on to explain that Natasha queried his phone history in the morning, and asked him why he had been searching for the knives.

Maybe Natasha was worried Chris was second guessing her or he wanted one of those knives for himself!

It wouldn’t be the first time he’s has been intrigued by an item up for auction recently.

Last week, he hinted that he might bid for one item in particular without Natasha knowing – because the item belonged to him in the first place.