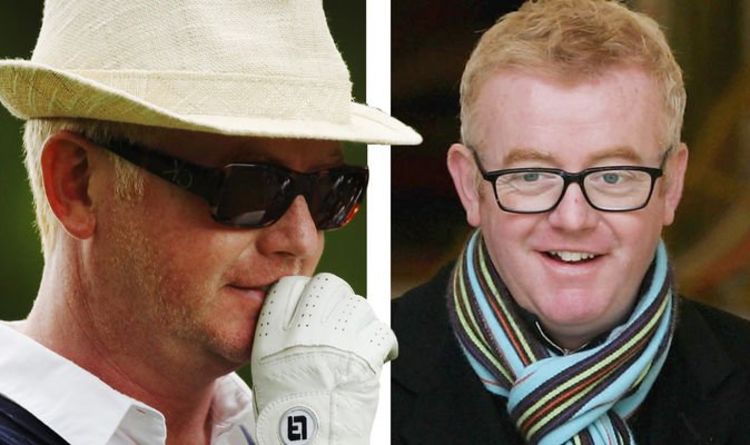 “Noah decided to change the tyres on his hybrid bike from road tyres to cross-country tyres, he’d never done that before!” Chris told his co-star Vassos Alexander, while the two were discussing their weekend antics.

Describing Noah’s reaction to the proposition of using a table spoon to change his tyres, Chris explained his young son was baffled before resorting to YouTube to sort it all out.

“These geniuses on YouTube are inspiring your kids,” the former BBC host gushed.

“Because if he asked me if I could remove a rear wheel with derailleur gears I wold say ‘Yes’, then run for the hills!”

The father-son activity took place after they arrived back from their favourite spot on the south coast of England.

The warm weather over the weekend enticed the Evans’ family to get up early and get the best out of their day, something Chris previously explained he’s very passionate about.

Earlier this month, the DJ was telling listeners about his day trip to the beach and mocked those who don’t get up early enough to enjoy the quiet sound of the waves lapping before it gets too busy.

Scoffing at other day tripper’s misfortune of suffering severe traffic, the Virgin Radio host was left flabbergasted at the miles of cars he and his family passed on their way home, prompting him to ask the question: “Why do you do that?”

Instead, he told his fans how they sailed through and got to their favourite beach at 7.55am.

“There was joy being sparked everywhere,” he recalled a few other people who also had the same idea to get up and out before it got too busy.

And as their plan worked a treat, they weren’t bothered about heading home as soon as the crowds descended.

“When the beach was getting crazy, we jumped back in our mighty VW Caravelle and we were back in Windsor at 11:55 having absolutely smashed the morning,” he said.

“We passed miles and miles of traffic queues on the way down to the south coast again, why people just didn’t leave a bit earlier I have no idea at all.”