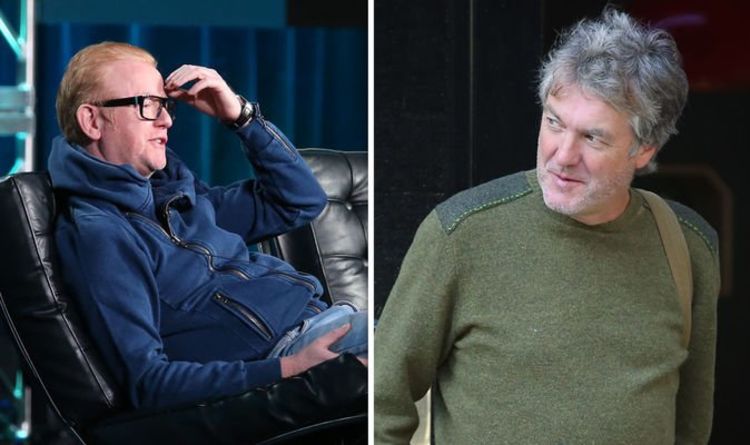 Chris Evans, 53, found himself in a bit of an awkward predicament on Friday’s Virgin Radio show, when he featured an old friend, presenter James May, 56 to talk about the Christmas special of The Grand Tour. James was a former host on the popular car modification show Top Gear, alongside Jeremy Clarkson and Richard Hammond.

BBC executives replaced the hosts with Chris and Friends star Matt Le Blanc, who both fronted the fan-favourite weekly in studio segments.

And, after fans got wind that the original trio of presenters had stepped down following Jeremy’s dismissal, it’s safe to say there were a few rumours circulating about the animosity between the old and the new hosts.

In order to prove that theory wrong, during Friday’s chat, Chris addressed what he called “the elephant in the room” in an attempt to clear up any misconceptions that listeners may have had.

“James, why didn’t you tell me it wasn’t as easy as you made it look!”

The car super-fan seemed a little clueless as to what the radio DJ was talking about, but Chris quickly clarified: “Hosting car programmes, for heaven’s sake.”

“Oh, I see. I was hoping you weren’t going to bring that up Chris, to save awkwardness,” James admitted.

Chris interrupted: “It is the elephant in the room, for heaven’s sake!”

“But this isn’t easy here, the media isn’t easy. You know, I think it is all terribly hard.”

And, he may be right, as after just six episodes, Chris decided that Top Gear would be better off without him as he left his role of co-host.

He tweeted in 2016: “Stepping down from Top Gear. Gave it my best shot but sometimes that’s not enough. The team are beyond brilliant, I wish them all the best.”

But although Chris was no longer immersed in the world of cars, his passion for them continued to show, as he probed James about The Grand Tour’s pending Christmas special.

“But, you know, you’re really good at hosting a motoring show when you don’t even need any cars on it. The news is out now, isn’t it? The new Christmas special doesn’t have cars on it,” he quizzed.

“No, there isn’t a single car in it, apart from one that you see drive by at one point that otherwise is it all boats and a few bicycles,” James gushed, describing it as “very on message” and “very modern,” linking with the current environmental crisis.

Chris likened James and his co-hosts to the Rolling Stones or the Beatles, saying: “When they were still there in such a groove that they can do anything. They are fearless. You’re there now with The Grand Tour when you can do a 90 minute Christmas special without any cars.”

James, Richard and Jeremy’s new show took a slightly different approach to Top Gear, where they focused on other means of transport such as boats, and James was quick to point that out.

“I think it’s a long time since anybody saw us as a car show,” he said. You know that.”