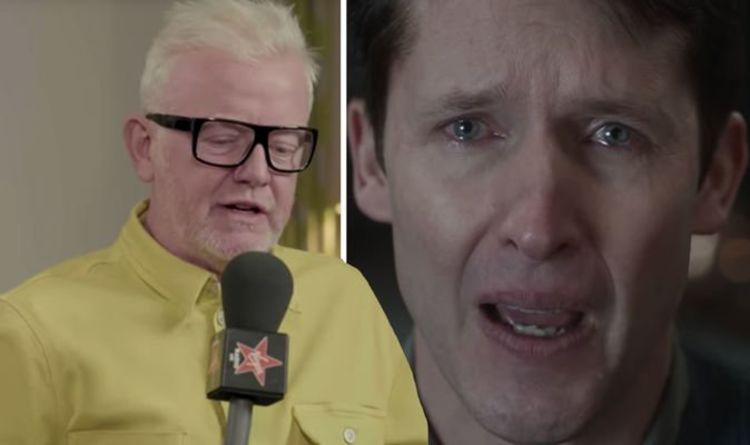 Chris Evans, 53, became emotional on Wednesday’s Virgin Radio show, after one of his team described to him musician James Blunt’s latest music video. The video, which many fans are calling a “masterpiece,” has brought feelings of grief and nostalgia to viewers, as the artist and his dad sit together, looking directly at the camera as he sings the meaningful lyrics.

While reading out listener messages on the early segment of his morning show, Chris came across one that detailed how sad the music video was.

“Just when you think it can’t get any more tearful it does, says Adam.”

James released the video last week and it already has over five million views on YouTube.

“Now, I haven’t seen this yet,” the host admitted.

“Ozzy Nick watched the video during the news and he described to me what happened and I nearly burst into tears.

“I haven’t seen it though, I’ll watch it after the show, I’m not going to watch it during the show!”

Worried after hearing the upsetting reviews about the video that he would be at risk of tearing up live on-air, Chris decided to reduce that risk and leave it until after the show and finished.

He collectively broke hearts around the world when he released You’re Beautiful and followed it up with Goodbye My Lover in 2004, and he’s done it once again.

The heart-wrenching video that accompanies his new track, features his dad Charles, who has been recently diagnosed with stage four chronic kidney disease.

The emotional “masterpiece”, might ring home for the Virgin Radio host who has lost both his parents.