Chris Evans: Virgin Radio host explains why he turned down... 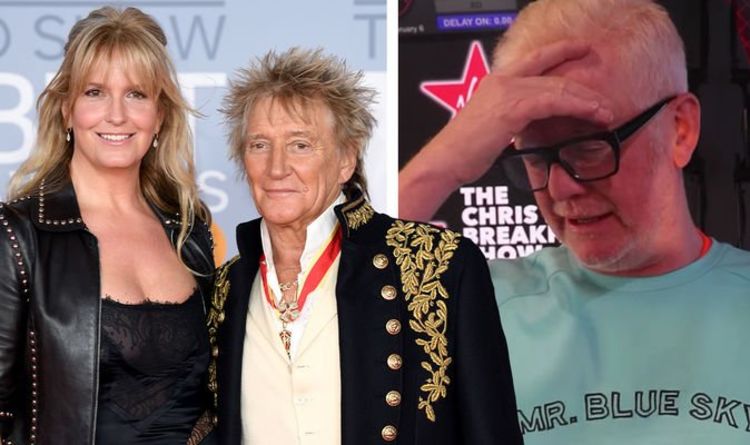 Chris Evans, 54, revealed he had a one-on-one interview with legendary two-time Rock & Roll Hall of Fame star Rod Stewart, 75, but when the invitation was extended to lunch at his luxurious home in Essex, the Virgin Radio DJ turned it down. But not to worry, he had a good enough reason and the hosts were more than understanding.

Chris told his listeners that he had been psyching himself up for the informal chat, and had to repeat a mantra to himself before he arrived.

“Do not mess this Rod Stewart conversation up!” he revealed he had told himself on the day.

“We’re in his house, he’s given us a couple of hours.

“He actually asked us to stay for lunch, which was fantastic but I can’t!” he moaned.

The former BBC DJ revealed he had prior commitments that forced him to say ‘no’ to an incredible lunch with the Stewarts.

He chuckled: “I had to get back for the kids.

“Penny was the one who actually extended the invite for lunch,” he added, referring to the singer’s wife, TV personality Penny Lancaster.

He spoke freely about the rules that were implemented by his parents when he was younger, but considered investing in a family game that they can all play together.

Speaking to his co-star Rachel Horne, Chris said: “We all watch telly.

“We had to be in bed before 9pm, no telly between 6pm and 7pm as my mum and dad had the news on.

“But the screen time now, it seems to be in bigger chunks, like two hours on a Saturday or half an hour here and there!” he exclaimed, noting how children’s TV has evolved over the years.

“Moderation is key,” Rachel interjected after he asked her if he was going crazy.