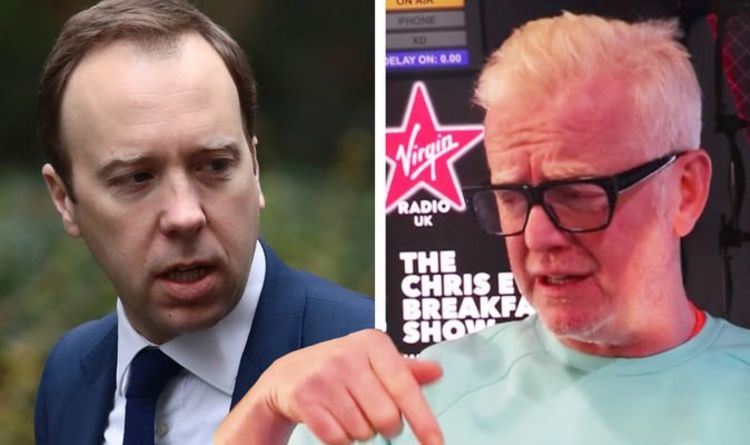 “Best case scenario, best informed guess – what does a win look like in three-six months time if there is a win available at all here?” he quizzed.

His guest replied: “There is a win available if people follow the advice, follow the rules, and stay away from each other, just like you did.”

But he confessed he did start to worry that Chris’ scenario was going to end in him socialising more closely with his older relatives.

“You really worried then as you were describing that there, Chris,” Mr Hancock giggled, relieved.

“I thought I was going to have to give you a telling off!”

“But you did the right thing. We’ve said that 12 weeks at first [people are] going to have to stay in to protect [themselves] and protect others, but we hope by then we can turn the time on this and relax some of the more stringent rules. But we’re only going to be able to do that if we get a grip on the spread of this virus and we can only do that, if people stay more than two metres away from each other.”