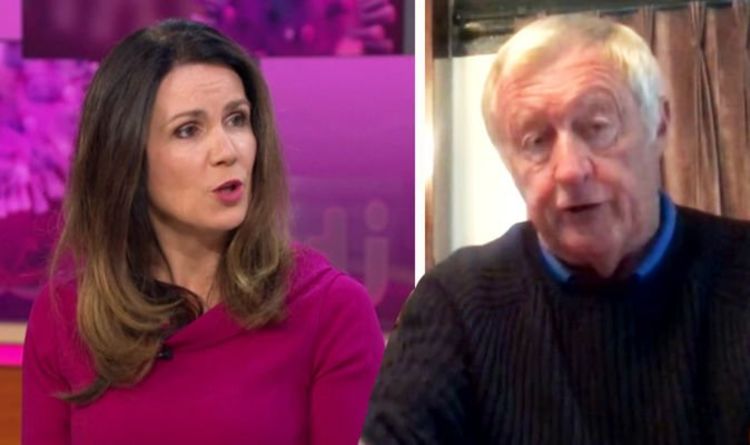 Coronavirus is dominating every live television show as viewers are being brought the latest updates and news surrounding the outbreak. And during today’s instalment of Good Morning Britain, Piers Morgan and Susanna Reid were joined by former Who Wants To Be A Millionaire host Chris Tarrant who stunned those watching at home when he speculated about how Covid-19 originated.

Piers began: “First of all, how is isolation going?”

And Chris replied: “It’s fine, but it’s very scary. We came away from London about four weeks ago we’ve been locked down in deepest Berkshire for the last month.

“It’s scary, it’s horrible what’s happening. I don’t have any conspiracy theories – I don’t normally believe in them,” he continued.

“[But] I find it very hard to accept that one man in China eating a bat has actually caused this world scale of chaos and horror.

“I find it very hard to believe. I can’t understand that at all,” Chris added.

Those watching the interview at home were confused by his comments and took to Twitter to discuss.

One wrote: “Chris Tarrant, first thing, going all in with a conspiracy theory on #GMB – ‘I find it hard to believe this was all caused by some bloke in China eating a bat.’”

“Chris Tarrant finds it very hard to believe that one man in China eating a bat has caused this global crisis. If you don’t understand stuff, you’re not obliged to comment on it,” someone else said.

Another added: “Very scary moment at the beginning of the interview Chris Tarrant was about to explain his Coronavirus conspiracy theory.”

“It’s a likely scenario but we will never know. The market was cleaned up quite quickly. We can only speculate,” she added.

As of 5pm on 11 April, of those hospitalised in the UK who tested positive for coronavirus, 10,621 have died and the risk level to the UK remains high.