Christine McGuinness reveals the tell-tale sign her third child had... 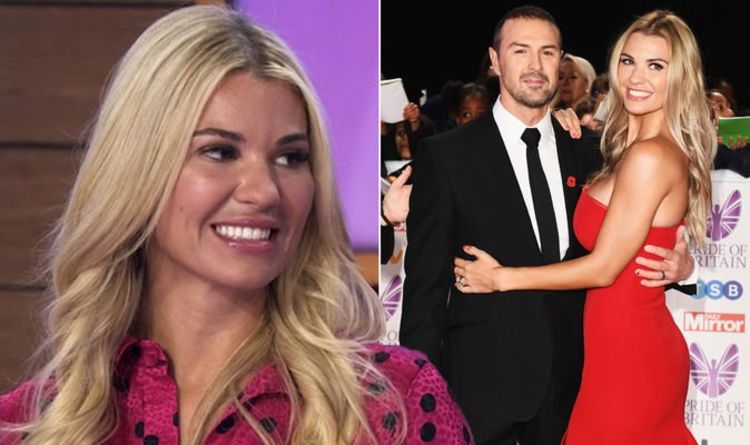 Christine McGuinness, 31, had previously admitted she’d seen similar signs of autism in her youngest child. And last week, the wife of Top Gear presenter Paddy McGuinness took to Instagram to post a poem about all three of her children having the condition.

She said: “Recently our youngest daughter Felicity was also diagnosed with autism, three years after our twins Leo and Penelope were diagnosed.

“Going through this journey again does still bring some heartache knowing all three children will face challenges and difficulties that others won’t.

“We are here to love and support our three extra special children and I thank god every day these babies are mine. Proudest mummy #Autism #AutismAwareness #3superstars #KnowledgeIsPower.”

The news came after Christine previously revealed she and Paddy believed their youngest had autism from a young age.

She told OK! magazine: “She blows us away with how smart she is, but we fully believe she’s on the spectrum.”

Taking to ITV’s Loose Women, Christine revealed the tell-tale sign Felicity was autistic, saying she noticed she was often on her tiptoes.

Tiptoeing, or toe walking, is common in young children, age three and younger, but according to Autism Research Institute, toe walking, especially in children five years and older, is often associated with neurological immaturity.

The site explains: “A dysfunctional vestibular system, a common problem in autism, may be responsible for toe walking.