Christmas party – Millions cringe at what they got up... 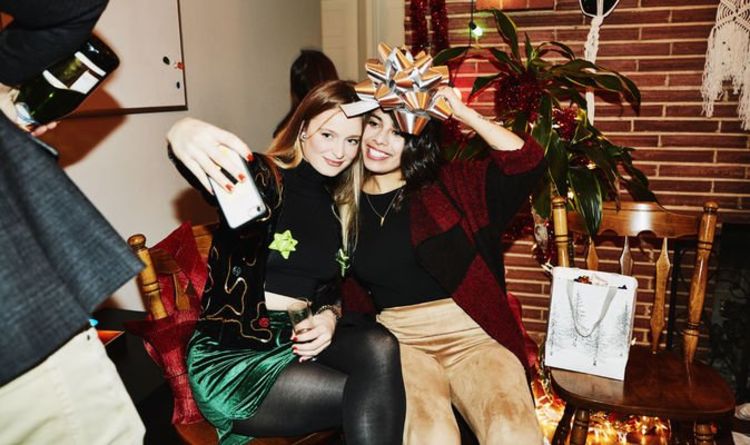 Another 13 percent have found themselves embroiled in an argument with a colleague. And nearly 40 percent are so worried about doing something embarrassing at this year’s party, they’re planning on remaining sober. A spokesman for beauty vitamins brand Perfectil, which commissioned the study, said: “We can all relate – our results found millions of Britons are worried about going overboard at their party, but still can’t seem to behave.”

“Our advice with work Christmas parties is always to make the effort to look your best, but drink in moderation and try to convince others to do the same.

“It may be to save your embarrassment, but there is a serious side as well.

“Remember you are still in a work environment and these things could affect your job or the relationships with your colleagues.”

The study found more than half of those polled attempt to monitor how much they drink, to prevent any embarrassing mishaps.

But despite this, a quarter finds themselves overdoing it anyway, leading to 49 percent waking up the next morning with ‘the fear’ that they’d done something humiliating.

Other embarrassing moments suffered by hapless workers include walking around with lavatory paper stuck to their shoe, which a tenth have suffered.

Another 14 percent have engaged in a spot of ‘dirty dancing’ with a colleague, leading to disapproving stares.

And one in five have been having such a good time they’ve managed to lose balance, and fall forward onto the dancefloor face-first.

It also emerged six in 10 admit they’re much more likely to do something embarrassing at their festive work do than any other time of year.

But while 36 percent would attempt to stop a colleague from doing something humiliating, a third admitted they would leave them to it.

Incredibly, four in 10 adults have done something so outrageous they’ve actually ended up leaving their job because of it.

Although half of these were actually sacked, 32 percent got away with a warning from their management, according to the OnePoll research.

The study also found women spend 47 minutes getting ready for their work Christmas party on average, compared to men who spend just 34.

One in five has their whole look – including hair, makeup and outfit – already planned days, or even weeks before the event.

4. Told someone a secret you later regretted

5. Woke up on the day with a dreadful cold

6. Had a ‘wardrobe malfunction’

7. Woke up on the day with a massive spot

8. Was too honest with the boss

9. Got “caught” with a colleague

'They, Christmas, cringe, even, millions', party, sack, some