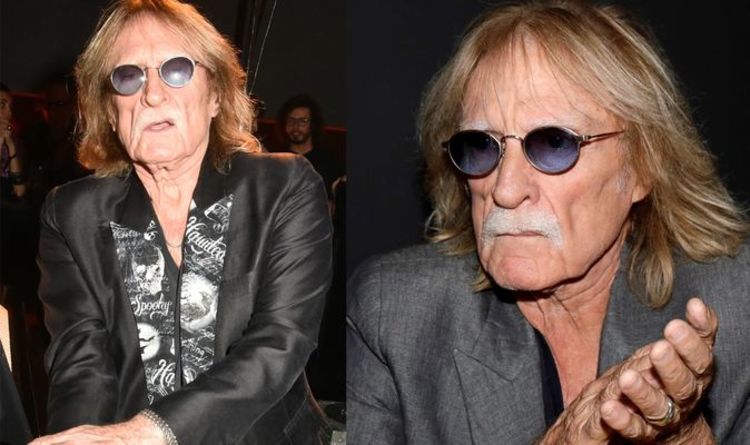 French singer Christophe, who was best known for his songs Aline and Les Mots Bleus, has died at the age of 74 after battling emphysema. The singer’s wife and daughter confirmed the news of his passing in a statement today.

The singer’s wife Veronique Bevilacqua and daughter Lucie Bevilacqua confirmed the news of his passing in a statement to Agence France-Presse, according to Metro.co.uk.

They said: “‘Christophe left. Despite the unfailing dedication of the medical teams, his forces abandoned him.

“Today, the words are falling apart … and all the long speeches are indeed futile.”

According to French newspaper Le Parisien, the singer had tested positive for coronavirus when he was taken into hospital.

Christophe, who was father to his two children, Lucie and Romain, released his final album Les Vestiges du Chaos in 2016.

Soon after the news of Christophe’s passing was announced, journalist and president of the Cannes Film Festival Pierre Lescure, 74, one of the singer’s closest friends, wrote a tribute to Christophe on Twitter.

He wrote to his 45,000 followers: “Christophe is gone. He died in the early evening at Brest hospital.

“Lucie, his daughter was near him. We think of him, her, his close friends,” the TV executive continued.