Christopher Tolkien dead: Son of Lord of the Rings creator... 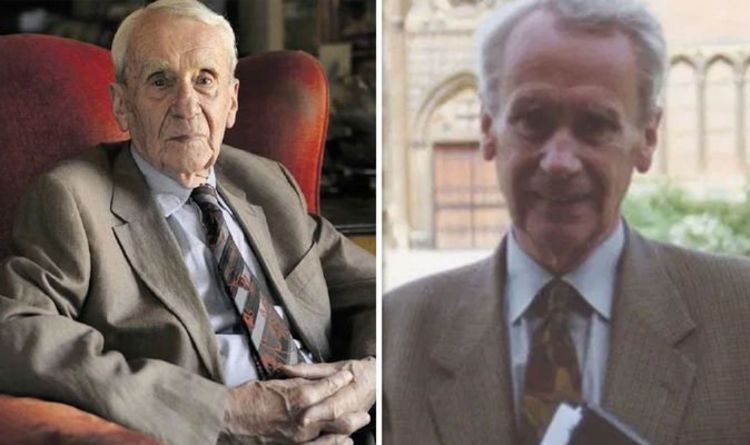 Christopher Tolkien continued his father’s work after his death and was an accomplished author in his own right. The news of his death was confirmed by the Tolkien Society today.

In a statement, they said: “Christopher Tolkien has died at the age of 95.

Christopher was the third son of JRR, and edited most of his father’s work which was released after his death.

Christopher continued his father’s work after his death and was an accomplished author in his own right.

READ MORE: Lord of the Rings on Amazon cast: Who will star in the TV series?

He has been credited with keeping his father’s legacy alive and spawning the field of “Tolkien studies”.

Without him readers enraptured by the stories of Middle Earth may not have had any more than the four novels from JRR to enjoy.

These included The Silmarillion and Beren And Luthien, which flesh out the complex world of elves and dwarves created by his father.

He also drew many of the maps detailing the world of Middle Earth that feature in the original The Lord Of The Rings books.

Christopher was critical of the Peter Jackson’s Oscar-winning The Lord Of The Rings film trilogy.

In a 2012 interview with the French newspaper Le Monde, he criticised the adaptations, saying: “They gutted the book, making an action film for 15 to 25-year-olds.”

Fans of the authors work have flocked to Twitter to give their condolences for Christopher.

A podcast about JRR Tolkien’s universe called the Athrabeth Podcast, tweeted: “Christopher Tolkien made the entire field of Tolkien Studies. He made it.

“Without his lifetime’s effort to curate his father’s works, we’d have four novels. No Silmarillion, no Histories. No linguistic journals. His impact cannot be understated.”

Another person remarked: “Thank you Christopher Tolkien. It’s because of your dedication and love of your father’s work that the world over was able to venture into Middle Earth in a whole new way.

“The impact you have had on me alone is beyond measure. May you Rest In Peace and enjoy the beatific vision.”

A social media user commented: “Everyone who loves the work of JRR Tolkien also owes a tremendous debt to Christopher’s tireless work bringing more of his father’s stories to the world.”