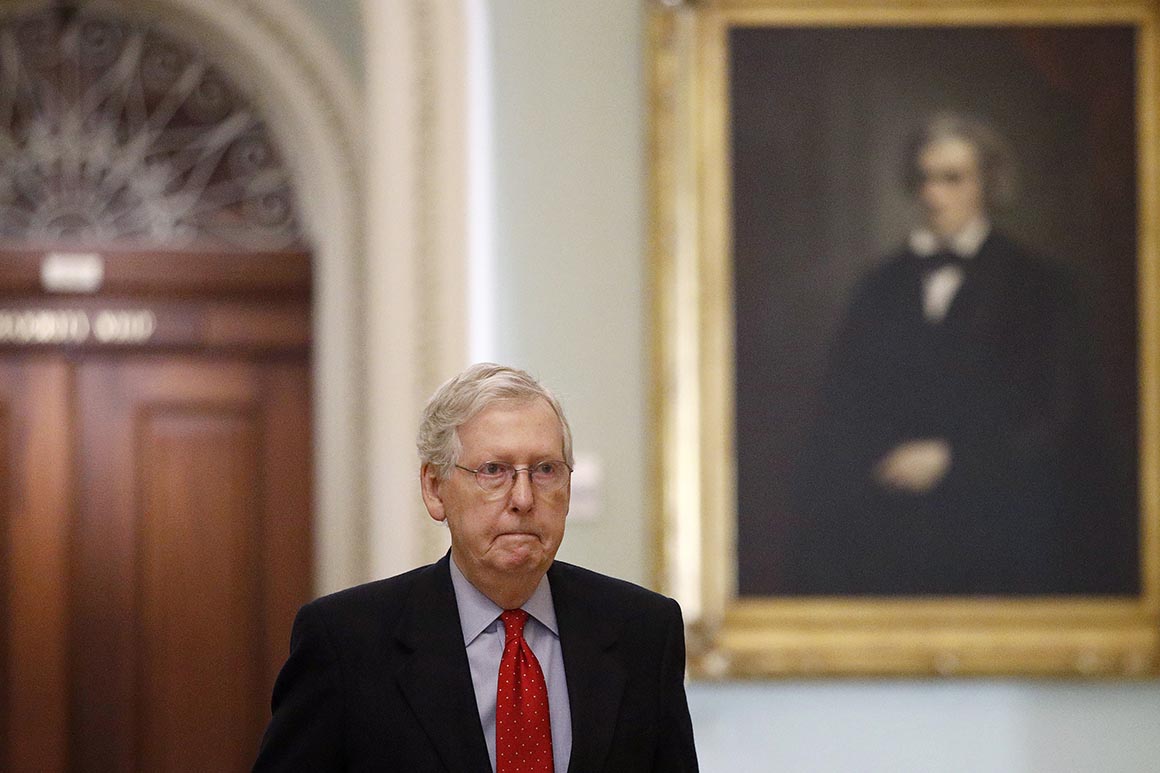 “Republicans reject Democrats’ reckless threat to continue blocking job-saving funding unless we renegotiate unrelated programs which are not in similar peril,” McConnell (R-Ky.) and McCarthy (R-Calif.) said in a joint statement.

Their comments, coming a day after Democratic leaders said the Trump administration would begin bipartisan talks over the interim relief bill, suggest an end to the deadlock remains far off.

Senate Republicans on Thursday attempted to pass an additional $ 250 billion for the Paycheck Protection Program, a small-business fund established in the $ 2 trillion rescue package that is projected to run out of money soon. Senate Democrats blocked the effort and sought approval for an alternative plan that would provide money for the small business fund as well as additional funds for local governments and hospitals. McConnell rejected that measure on the floor as well.

The two Republican leaders reiterated Saturday that they will only support an increase in funding for the small business program and warned it has already used up about half of its funding in its first week. They said Democrats should wait for negotiations on a broader package in the coming weeks to address other issues.

“This will not be Congress’s last word on COVID-19, but this crucial program needs funding now,” McConnell and McCarthy said. “American workers cannot be used as political hostages.”

Democrats counter that the funding they’re seeking is also desperately needed and that McConnell failed to negotiate with them before moving forward on his small business push.

In a boost for Democrats’ argument, governors in both parties are calling for more federal aid to their states. In a joint statement Saturday, Maryland Gov. Larry Hogan, a Republican, and New York Gov. Andrew Cuomo, a Democrat, urged Congress to provide states with an additional $ 500 billion to address shortfalls stemming from the pandemic.

Without the funding, Hogan and Cuomo warned, "states will have to confront the prospect of significant reductions to critically important services all across this country, hampering public health, the economic recovery, and—in turn—our collective effort to get people back to work."

In addition to calling for additional money for hospitals and local governments, Democrats also want to see some of the $ 250 billion in aid for small businesses directed to underserved communities.

Schumer said Friday that he saw “no reason why we can’t come to a bipartisan agreement by early next week.”

The Senate will next meet for a pro forma session Monday. But at this point, another stalemate on the Senate floor seems the likeliest outcome.