Claudia Winkleman net worth: How much money does the Best Home Cook presenter have? 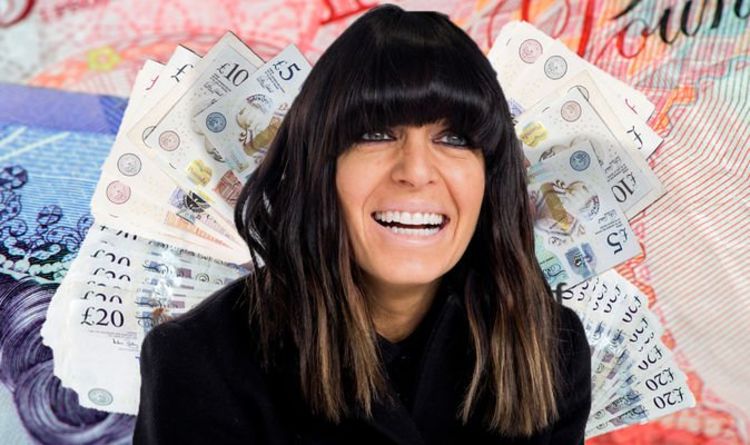 Claudia Winkleman is an English television presenter, model, film critic, radio personality and journalist. In more recent years, Claudia is best known for being the host of Strictly Come Dancing, alongside Tess Daly. After a long career in the entertainment industry, Claudia boasts an impressive net worth.

Tonight, the brunette beauty returns to her presenting duties for the second series of Best Home Cook, as Mary Berry, Angela Hartnett, and Chris Bavin put ten of the nation’s best home cooks through their paces.

The highest-paid male on the list during that year was Chris Evans, who reportedly earned £2.2million a year – which was four times more than what the highest-paid woman was earning.

With a large annual paycheque, it is no surprise that the 47-year-old presenter has an impressive net worth, what is it?

READ MORE: Ant McPartlin salary: How much has he earned from I’m A Celeb? Fortune revealed

According to Celebrity Net Worth, Claudia has a whopping estimated net worth of $ 12million (or £9million in GBP).

How has she earned her millions?

The majority of her income is from her role as presenter on Strictly Come Dancing, but she also hosts the BBC Radio 2 Show, Claudia on Sunday.

As well as her presenting gig on Strictly, she has also previously presented The Great British Sewing Bee, Britain’s Best Home Cook and Icons: The Greatest Person of the 20th Century. As an actress, she appeared in the film Suzie Gold in 2004.

In 1996 Winkleman was a host and presenter for the TV series Pyjama Party. She worked as a presenter on the series Talking Telephone Numbers in 1997 and hosted Fanorama from 2001 to 2002.

She also has several lucrative collaborations that contribute to her large fortune, one of them being the face of Head&Shoulders 3Action Formula.

Putting her substantial earnings to good use, Claudia lives in the highly sought after area of Bayswater in London.

The 47-year-old lives with her film producer husband, Kris Thykier, and their three children Jake, 16, Matilda, 13 and Arthur, 8.

But Claudia has worked hard for her big paycheque, starting her career almost 30 years ago when she presented on the regional discussion programme, Central Weekend.

In 1992 she landed the role that would see her through to the late nineties, appearing on the BBC series, Holiday.

Following that Claudia gained her first day-time role as a host on the BBC Three show Liquid news.

Since then, Claudia has become one of the most well-known presenters in the country, presented Fame Academy and Strictly Come Dancing: It Takes Two.

In 2014 she was announced as the new co-host for the 12th series of Strictly Come Dancing, joining show stalwart, Tess Daly.