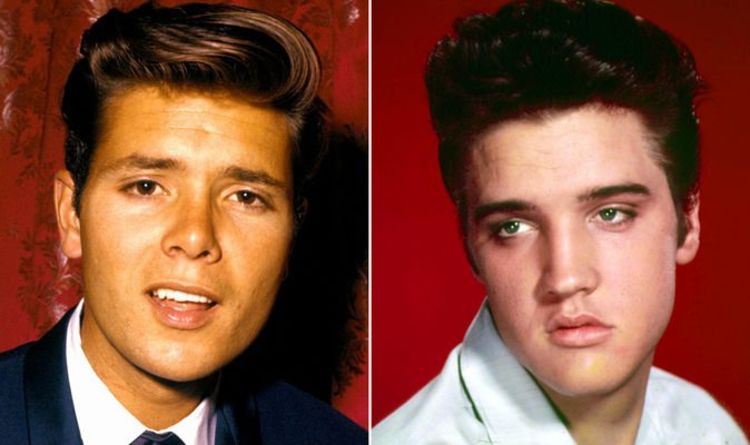 Sir Cliff wasn’t just lazily tagged as the “English Elvis.” Across seven decades he has sold over 250 millions records and remains the third best-selling artist in UK chart history behind the Beatles and, yes, Elvis. Like The King, success came fast and young for Cliff, with his debut single Move It hitting Number Two on the charts when he was just 18. An instant pop idol, he also even transitioned (briefly) into film.

Cliff himself acknowledges the debt, often saying: “Without Elvis Presley there would be no Cliff Richard.”

Although he revealed his fans disagree: “If I dare to say that on stage, I get this kind of pantomime effect, where I say: ‘If there hadn’t been an Elvis, there would be no Cliff Richard,’ and they go: ‘Oh yes there would!’.”

Yet Cliff has outlasted his US counterpart by over 40 years. Elvis tragically died in 1977 when he was still only 42. Sir Cliff seemingly escaped the demons that destroyed the American star, although his greatest trial was still to come much later in his life.

The qualities that helped him avoid Elvis’ decline also proved to be the bedrock for his survival when he faced terrible public allegations of sexual abuse in 2014.

READ MORE: Elvis slept with OTHER girlfriend Elisabeth after Priscilla left each night

He said: “Cliff has always had good advice down the line, and good people around him.

“Elvis was surrounded by people who wouldn’t say boo to him. They were all on the gravy train, all yes men. But Cliff has always been surrounded by friends who have a sense of reason, a sense of well-being.

“He and his long-term manager Peter Gormley never had a contract – they shook hands and Peter said, ‘Cliff, if ever I’m not doing right by you, you can walk away’.

“It was a gentlemen’s agreement and a handshake. Peter was fantastic, he played a big part steering the ship.”

By contrast, Elvis’ daughter, Lisa Marie said of her father and ex-husband Michael Jackson:”The one thing that correlates with Michael and my father on this subject was they had the luxury of creating whatever reality around them they wanted to create. They could have the kinds of people who were going to go with their programme or were not and if they weren’t then they could be disposed of.

“There have been times when I was angry at the people around him (Elvis), ‘Why didn’t you stop him, why didn’t you say something?’ Well, because if you did you were out. It was very simple.

“When it’s this unusual reality in an ivory tower with a godlike life, mixed with an addiction, that’s when you get into trouble.”

Sir Cliff enjoyed, fame, fortune and adulation beyond most people’s wildest dreams. He hung out with Princess Diana and maintained lifelong friendships with numerous celebrities. Yet, he has kept his private life notoriously very private and little has ever been known about his personal romantic relationships.

His friends, though, have openly spoken devotedly of him. Mike Reid says his feet always remained firmly fixed on the ground: “To us, he’s just a regular guy. If he’s beaten in tennis, he’s beaten. If someone didn’t buy his records, he would think, ‘I’ll try harder at the next one’.

“He doesn’t have that elevated thing about him. If we went round to play tennis, it isn’t, ‘Oh, Cliff will provide the tea.’ Someone would take cake and someone else would take scones.”