Climate change: Earth is BOILING as last five years are officially the 'hottest on record' 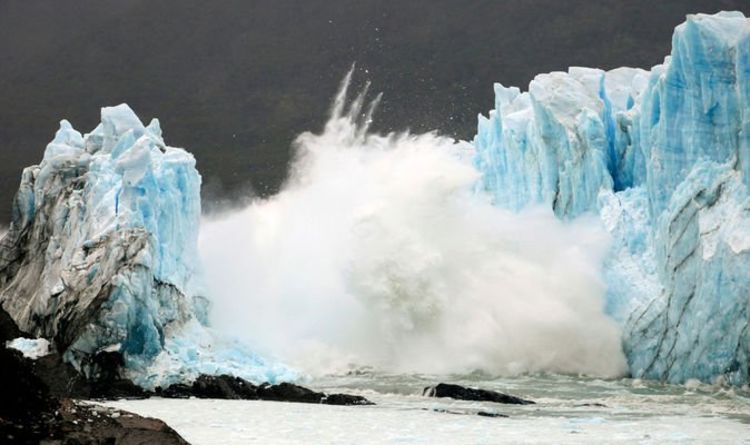 The World Meteorological Organisation today published a definitive climate report revealing concentrations of greenhouse gases continue to rise, making the last five years the warmest yet. The Statement on the State of the Global Climate also confirmed the ongoing Australian drought and bushfire infernos were a globally-significant climate change event.

The report is an annual, comprehensive overview of the latest information from the world’s meteorological services and other key institutions.

Blair Trewin and Pep Canadel, who were among the many authors who contributed to the report, wrote in The Conversation: “It’s an important record of the magnitude and speed of changes to global climate, drawing on the latest data from across the fields of climate science.

Global average temperatures in 2019 were 1.1C above pre-industrial levels.

Only 2016 was hotter, but that year came at the end of an extreme El Niño, which typically has a warming influence on global temperatures.

Read More: Coronavirus pandemic: When was the last pandemic?

The last five years were the world’s five warmest on record.

Central North America was the only significant land area with below-average temperatures.

Man-made climate change is mainly the consequence of increasing greenhouse gases in the atmosphere.

These include the heat content of the global ocean—an important indicator because approximately 90 percent of warming generated by greenhouse gases from human activities is taken by the oceans.

Glacial mass fell for the 32nd consecutive year, with Switzerland, for example, witnessing glacier loss over the past five years exceeding 10 percent, the highest rate of decline in more than a century.

The ongoing Australia wildfire and drought:

Staggeringly, 2019 was Australia’s warmest and driest year since national records began and the first time both records have been broken in the same 12 months.

In December, the monthly accumulated Forest Fire Danger Index — an indicator of severe fire weather — was the highest on record for any month in Queensland, New South Wales and South Australia, which saw some fires burning for longer than two months.

In January and February 2019, a dry summer in Tasmania contributed to fires in the normally moist western and central parts of the island—the second time in four years that fires burnt regions where historically such events were extremely rare.