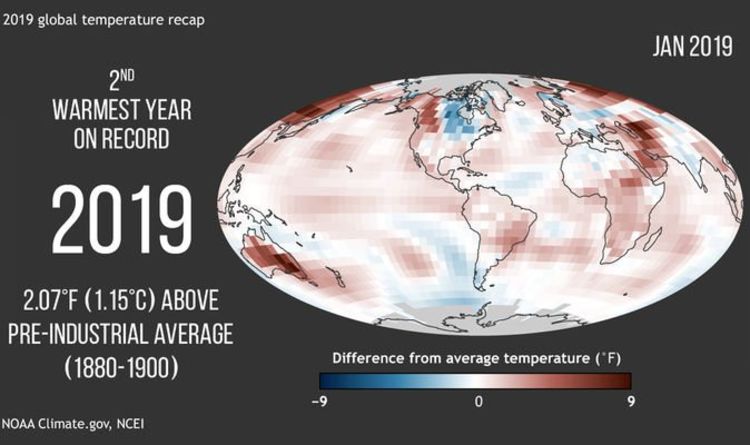 As the warming continues, some experts fear it is already too late to significantly reverse the temperatures.

Dr Schmidt said: “We crossed over into more than 2F degrees warming territory in 2015 and we are unlikely to go back.

“This shows that what’s happening is persistent, not a fluke due to some weather phenomenon: we know that the long-term trends are being driven by the increasing levels of greenhouse gases in the atmosphere.”

Rising temperatures and warming ocean waters are contributing to the loss of Earth’s glaciers and polar ice caps.

The Arctic region alone has warmed “slightly more than three times” faster than the rest of the world.

The melting ice caps, in particular, threatens to raise global sea levels and displace millions of people from coastal areas.

- Advertisement -
- Advertisement -
Facebook
Twitter
Pinterest
WhatsApp
Linkedin
ReddIt
Email
Tumblr
VK
Previous articleDaniel Craig lampoons his James Bond in HILARIOUS No Time To Die Heineken advert – WATCH
Next articleMove over Pixel 3a, this could be the ultimate budget smartphone for you