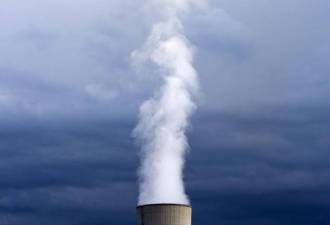 PARIS: Economic shock waves from the coronavirus outbreak have curbed carbon pollution from China and beyond, but hopes for climate benefits from the slowdown are likely to be dashed quickly, experts say.

As governments prepare to spend their way out of the crisis, including with large infrastructure projects, global warming concerns will be little more than an afterthought, dwarfed by a drive to prop up a stuttering world economy, they say.

Preparations for a make-or-break climate summit in November are already off track, with host Britain focused on its Brexit transition, and the challenge to its health system of the gathering epidemic.

In the four weeks up to March 1, China’s discharge of CO2 fell 200 million tonnes, or 25%, compared to the same period last year, according to the Centre for Research on Energy and Clean Air (CREA) – equivalent to annual CO2 emissions from Argentina, Egypt or Vietnam.

As the country’s economy slowed to a crawl, coal consumption at power plants in China declined by 36%, and the use of oil at refineries by nearly as much.

Other major economies are bound to sputter too.

The outbreak has already drained stock markets of US$ 9 trillion in value, and could end up costing the global economy up to US$ 2.7 trillion, according to Bloomberg Economics.

“When you turn off the global fossil fuel economy, greenhouse gas emissions go down, air quality improves,“ said Jon Erickson, a professor of sustainability science and policy at the University of Vermont.

But any climate silver lining will be short-lived, experts warn.

“The emissions reductions we see now because of the epidemic are temporary, not structural,“ said Imperial College London’s Joeri Rogelj, a lead scientist on the UN’s climate science advisory panel, the IPCC.

“If anything, it makes mitigation efforts harder, because it reduces our resources to invest in the transformations needed for climate change protection.”

There are already signs that Beijing – impatient to reboot China’s economy – will rain down cash on carbon-intensive infrastructure projects, as happened after the global recession in 2008, and again in 2015.

Proposals to further loosen controls on new coal power plants show that concerns about debt and emissions are being brushed aside, he told AFP.

“A round of cheap credits and a blind eye to inefficient polluting industries will lead to ‘retaliatory emissions’, setting China back on the goal of enhancing its climate targets,“ said Li Shuo, a climate policy analyst with Greenpeace East Asia.

A surge in state-directed capital spending a decade ago slowed China’s clean-energy transition and amplified the horrendous pollution episodes in the winter of 2012/13.

Globally, CO2 emissions in 2010 from fossil-fuel combustion grew nearly 6%, more than offsetting the modest decrease the year before, notes Glen Peters, a scientist at the Center for International Climate and Environmental Research.

The coronavirus fallout highlights how hard it will be to reach the Paris Agreement temperature targets of capping global warming at under two degrees Celsius from pre-industrial levels, and 1.5C if feasible.

Earth’s surface has already warmed more than one degree.

To turn a corner, the world needs a combination of growing GDP and falling CO2 emissions – but historically growth and emissions have moved in lock-step.

IMF head Kristalina Georgieva predicts the coronavirus will knock at least half a percentage point off projected global GDP growth in 2020, originally forecast at 3.3%.

The UN, meanwhile, has said that CO2 emissions must drop 8% annually over the next decade to meet the 1.5C Paris goal, and by about 3% per year to hold the line at 2C.

Experts say only a sustained global economic meltdown – or an internationally coordinated, war-footing transition to a carbon neutral economy – could come close to slashing carbon pollution that quickly. One is as unpalatable as the other is unlikely.

But so far only the electricity sector has seen a – very modest – decoupling of emissions and economic growth.

“I’m sure the global economy will get back on the fossil-fuel train as soon as it possibly can,“ said Erickson of the University of Vermont.

As for the upcoming COP26 climate summit in Glasgow, the kind of non-stop shuttle diplomacy carried out by France for nearly two years ahead of the successful 2015 Paris talks is not happening, analysts say.

China – the world’s largest carbon polluter with 29% of global emissions – also has a crucial role to play, but is likely to be distracted.

“There is a risk that the main objective for Beijing will be the resolution of its health crisis,“ predicted Sebastien Treyer, director of the Institute for Sustainable Development and International Relations in Paris.