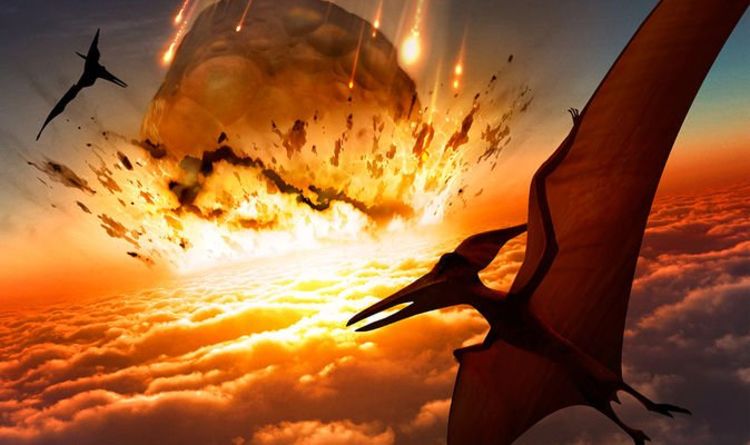 The study was published in ’Science Advances’, led by Birger Schmitz of Lund University in Sweden. The work suggests a distant asteroid collision produced enough dust to trigger an ice age on Earth, approximately 470million years ago. During this period, known as GOBE (the great Ordovician biodiversification event) there was a notable increase in biodiversity, particularly in marine life.

The asteroid, which the study claims collided with another asteroid beyond the orbit of Mars, may have produced enough dust to blanket Earth and subsequently dramatically cool the planet.

Birger Schmitz, who led the study, told The Observer: “We know about the 10km asteroid that crashed on Earth 67 million years ago and killed off the dinosaurs, but this event was very different.

“It occurred about 470 million years ago when an asteroid 3,000 times bigger than the dinosaurs-killer was destroyed during a collision with another asteroid beyond the orbit of Mars.

“It filled the solar system with dust and caused a major dimming of sunlight falling on Earth.”

He added: “The sediments laid down at this time are rich in the isotope helium-3 – which they could only have picked up travelling through space.It is a crucial clue.”

Scientist Rebecca Freeman, from the University of Kentucky, Lexington, supported the idea.

She told the journal ‘Science’: “It isn’t necessarily the answer to every question we have about Gobe, but it certainly ties together a lot of observations.”

Philipp Heck, an author of the study, also said: “We’ve shown that what happens in the solar system can have a big influence on Earth. Extraterrestrial events aren’t always destructive. Many people think about meteorites as just dinosaur killers, but we found the opposite.

In order to boost the mission, the space agency is giving UCF $ 19million – though it is thought that the hunt for NEOs will be hard.

NASA has been directed to find 90 percent world-ending asteroids that are equal to or greater than 460 feet (140 meters) in size by 2020.

NASA administrator Jim Bridenstine has warned the chances of an impact are more than people realise.

The NASA administrator said: “We have to make sure that people understand that this is not about Hollywood, it’s not about the movies.

“This is about ultimately protecting the only planet we know, right now, to host life – and that is the planet Earth.”