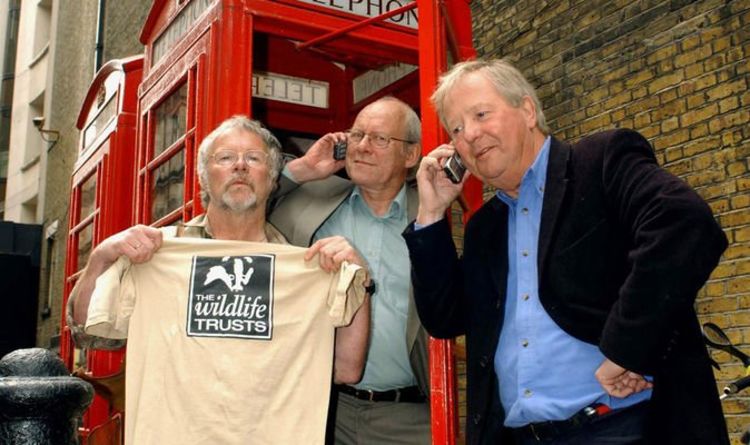 The pair found fame alongside Graeme Garden as members of the Seventies comic trio – attracting millions of viewers worldwide with their TV show featuring anarchic sketches and situation comedy. Bill, 78, wrote in a tweet: “Fifty years and he only got cross with me once…well maybe twice…no quite a lot actually! No one could wear silly costumes or do dangerous stunts like Tim. I know it hurt cos he used to cry a lot. Sorry Timbo. A true visual comic and a great friend x.”

Graeme, 77, said he was “terribly saddened by the loss of a dear colleague and close friend of over 50 years”.

He added: “He was a funny, sociable, generous man who was a delight to work with. His loss at this dreadful time is particularly hard to bear.”

He said his thoughts were with Tim’s wife, Christine, and sons Ben and Edward.

Born in Buxton, Derbys, Brooke-Taylor began his acting career at Cambridge University where he was president of the famed Footlights performing arts club.

When he failed to make the cast of Monty Python’s Flying Circus, he moved into roles on stage and screen and was a regular panellist on Radio 4’s I’m Sorry I Haven’t A Clue for more than 40 years.

Current host Jack Dee, 58, said the news of his death was “devastating”, adding: “Tim was a delightful man and never anything but great company.”

Fellow panellist Stephen Fry, 62, tweeted that Tim was “a hero for as long as I can remember”.

He described him as “gentle, kind, funny, wise, warm, but piercingly witty when he chose to be”.