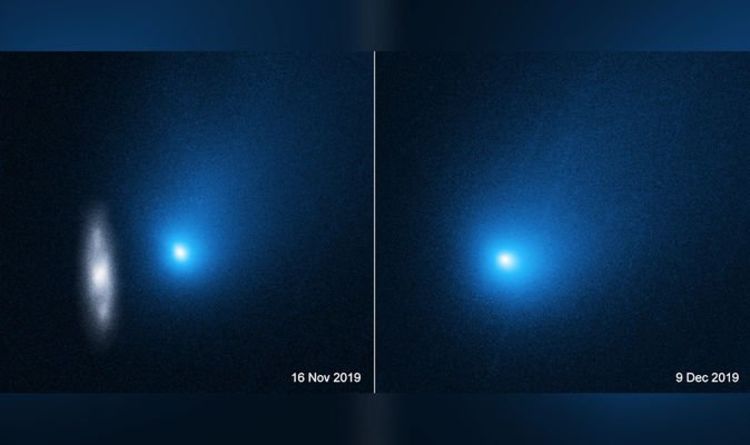 The mysterious visitor was first spotted entering the solar system on August 30 this year by Ukrainian astronomer Gennady Borisov.

Mr Borisov submitted his discovery to the International Astronomical Union’s Minor Planet Center in the US and the comet was named in his honour.

NASA’s astronomers have since calculated the object’s trajectory to determine the asteroid flew our way from another part of the Milky Way.

However, as the comet races through the solar system, the intense gravitational tug of our Sun is affecting its trajectory.

But at speeds of around 100,000mph, the comet is too fast for the Sun to completely derail and capture Borisov.