The competitive Fortnite community has shown solid interest in the Season 14 patch. However, one glaringly obvious problem will arise in the next tournament

A boost in chest spawn rates were touted as one of the best quality of life (QoL) changes to be implemented in competitive Fortnite. While the effect of a 100% chest spawn rate had the biggest effect on the comp community, both competitive and core game modes were changed

But that feature may just have been taken for granted as the rug pulled from under us in Season 4. While leakers were on a hunting spree to find the new cosmetics, weapons, and features, none were quick to notice potentially one of the largest changes: chest spawn rates were reverted to previous levels

HypeX was first to alert the community 2 hours after the new patch dropped. Now, instead of a guaranteed chest at every available location, there is a variable 50-70% chance that a chest will appear in any given spot

On average, 4 out of 10 chests you pass by in your looting route will just… not be there

As you might be able to foresee, competitive players really didn’t enjoy the unnecessary addition of RNG to a feature that everyone enjoyed

Even the biggest creative warrior, who usually has little to no business in the competitive scene, hit Twitter to vent his frustrations

Removing the guaranteed chest spawns is completely unnecessary and – quite frankly – out of pocket from Fortnite. The only justification I could think of for why they essentially added RNG was to fix the teaming issues in competitive tournaments

“This was probably the single best QOL change Epic has ever made. I dont know anyone that likes spending 5-10 minutes of a match just to find a loadout that can be used to attack/defend themselves,” Fortnite fan and Reddit user u/BullyYo wrote. That opinion post garnered almost 3,000 upvotes at the time of writing

As previously mentioned, the only good that I can see out of removing guaranteed chests is that there is less loot to go around for every high loot density point of interest. In turn, players that previously agree to split said POI will be more incentivized to fight for a loadout they’re comfortable taking to end game 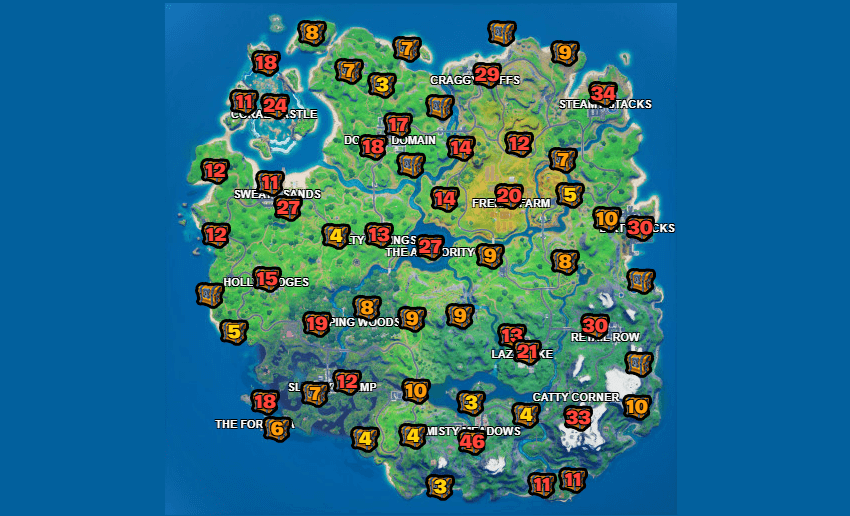 There are roughly 750 chests on the current Fortnite map (courtesy of Fortnite.gg). With the new change, expect for only about 450 to appear on each map

… But even that’s a reach. We can all agree that a BR game already has ample amounts of RNG – from the same loot paths yielding vastly different equipment to random rotations to future zones, the list goes on and on. Why add even more RNG to that equation?

So we’re at a point where basically all pros and competitive players agree that this change isn’t good. I assume that casuals couldn’t really care less or even lean in agreement with the former. So Fortnite, will you listen to your community this time?

Overwatch update news for September (Image: BLIZZARD)A new Overwatch update is out today and the official patch notes confirm that there hasn’t been a...
Read more
Gaming