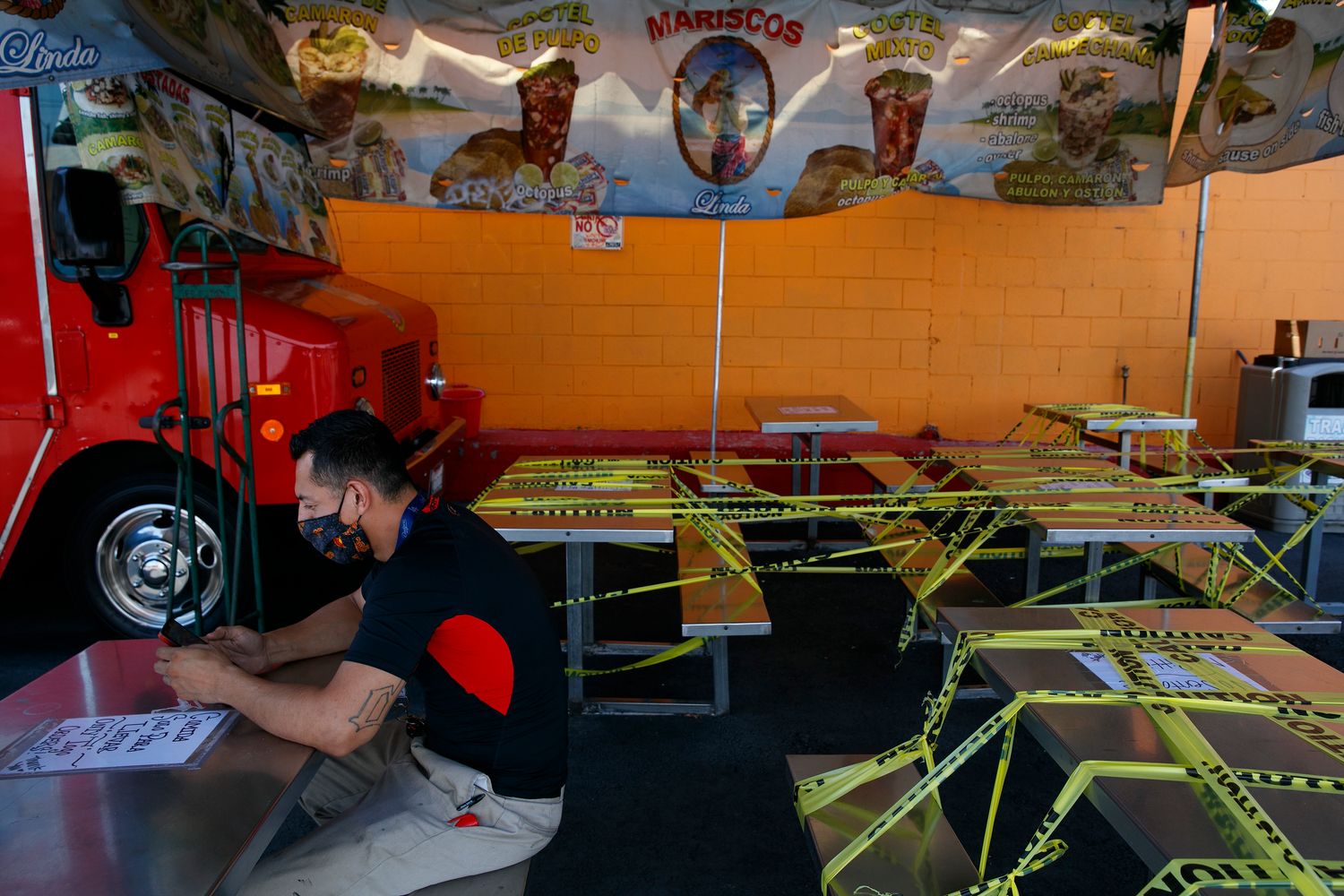 Official data is only starting to pick up the tremors of a new employment crisis. The unemployment rate has fallen over the last two months, but that doesn’t reflect new shutdowns that began in the second half of June.

Mark Zandi, chief economist of Moody’s Analytics, predicts job growth will be weaker in July than in June and May. “The economy took a huge body blow and it’s still reeling,” he said in an interview.

“And if the virus continues to intensify and we don’t get some support from Congress and the administration soon, we will go back into recession,” Zandi warned.

New weekly unemployment claims have remained above 1 million for 16 weeks, nearly double the peak seen during the Great Recession, and are starting to pick up again in states like Texas and Arizona.

“It looked like we were coming back,” said Lee McPheters, director of Arizona State University’s JPMorgan Chase Economic Outlook Center, of Arizona’s labor market. “The May numbers were pretty strong, we added back about half the jobs we lost. And it seemed like there was, you know, kind of blue skies ahead.”

With business restrictions now in place in the state, McPheters said he expects Arizona will be going through “another perhaps one to two months of very weak job growth, maybe job losses.”

Gov. Gavin Newsom this week barred most Californians from entering houses of worship, gyms and barbershops, in an effort to prevent erasing months of progress on containing the virus.

Any hope that California’s recovery would be quick and steep has fizzled as the pandemic numbers worsen and the brief psychological and economic lift of reopening has passed, said James Wilcox, an economist at the University of California, Berkeley’s Haas School of Business.

Many businesses — from the tiniest mom and pop stores to the largest chains —“can survive getting knocked down once or maybe twice,” he said, “but there’s a limit to how many months they can survive without operating at some reasonable level.”

Florida saw its unemployment rate jump to 14.5 percent in May as the coronavirus shuttered the state’s tourist-based economy. Gov. Ron DeSantis, a Republican, has said the situation has improved as the economy has begun to reopen, but in the last few weeks the state has seen a spike in coronavirus infections that is outpacing the rest of the nation. Florida now has more than 300,000 confirmed cases.