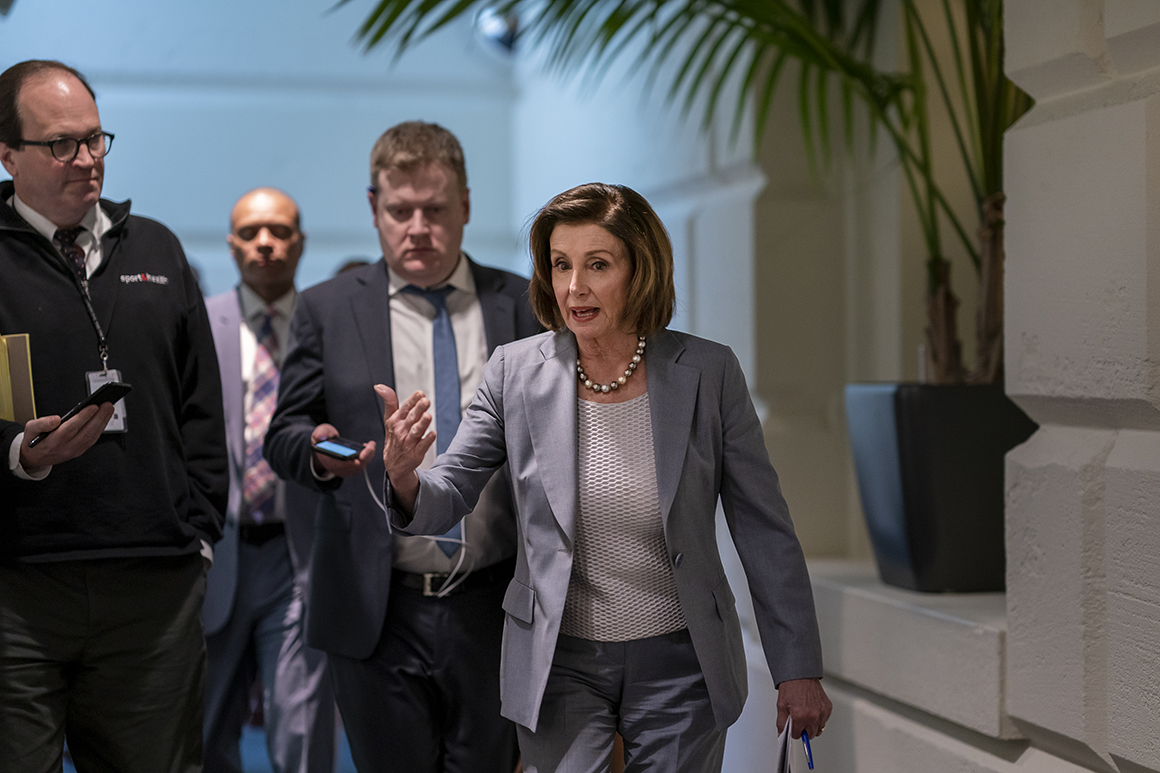 House Democrats have promised relentless scrutiny of the Trump administration’s handling of more than $ 2 trillion in coronavirus relief.

It’s not going to be easy.

Lawmakers are already running into a litany of obstacles — from the logistical limitations of working remotely to President Donald Trump’s early resistance — that could undermine oversight of the biggest economic rescue package in U.S. history. And with the administration moving to get money out as fast as possible, it means lawmakers have even less time than usual to ramp up one of the most far-reaching oversight regimes they’ve ever undertaken, even as the public remains deeply skeptical.

“In the wake of the financial crisis 10 years ago, there are going to be a lot of suspicions,” Rep. Katie Porter (D-Calif.) said in an interview. “Can we trust the Fed and the Treasury? We need, in Congress, to give them that reassurance.”

Democrats are quickly confronting the tension between the need to oversee and investigate Trump’s implementation of the relief law and the genuine worry that congregating in the Capitol could expose them to Covid-19, the disease caused by the novel coronavirus. It’s harder to conduct oversight away from the Hill, and both the House and Senate are out of session until at least April 20 — even as the Trump administration races to begin doling out hundreds of billions of dollars in grants and loans to prop up the floundering economy.

The White House has also cited the coronavirus outbreak to throw up roadblocks to congressional scrutiny in recent days. The administration issued sharp restrictions on senior officials’ testifying in front of congressional committees during the crisis, arguing they should be focused entirely on a response to the pandemic. That guidance that is set to expire Tuesday, though some lawmakers expected it to be extended.

And Trump informed Congress last week that he would ignore aspects of the new law meant to require that Congress be informed of certain executive branch decisions regarding a new $ 500 billion fund for distressed industries. Democrats, well aware of the outrage that followed the 2008 Wall Street bailout, had fought hard to include oversight provisions in the package.

Among the oversight mechanisms in the law is a five-member congressional oversight commission meant to give Congress real-time access to the Trump administration’s handling of the $ 500 billion fund now overseen by Treasury Secretary Steven Mnuchin.

The provisions also include a panel of federal watchdogs with broad power to investigate and audit the entire $ 2 trillion package. And it establishes a “special inspector general” to review Mnuchin’s decision-making.

But Trump’s reluctance to share complete information with Congress has rattled Democrats, many of whom signed on to the massive bill after being assured the oversight mechanisms were ironclad. Speaker Nancy Pelosi and Senate Minority Leader Chuck Schumer have sought to assure colleagues in recent days that those provisions would prevent Trump and his advisers from misusing the enormous economic levers included in the law.

Schumer and several other top Democrats demanded in a letter Tuesday that the White House move quickly to appoint the new inspector general, warning the requirement is “not optional” and reminding Mnuchin that he helped broker the deal.

“There is no doubt that the administration has mishandled this entire crisis, and our committee will certainly be engaged in robust oversight to review what happened and how to avoid these mistakes in the future,” House Oversight Chairwoman Carolyn Maloney (D-N.Y.) said. 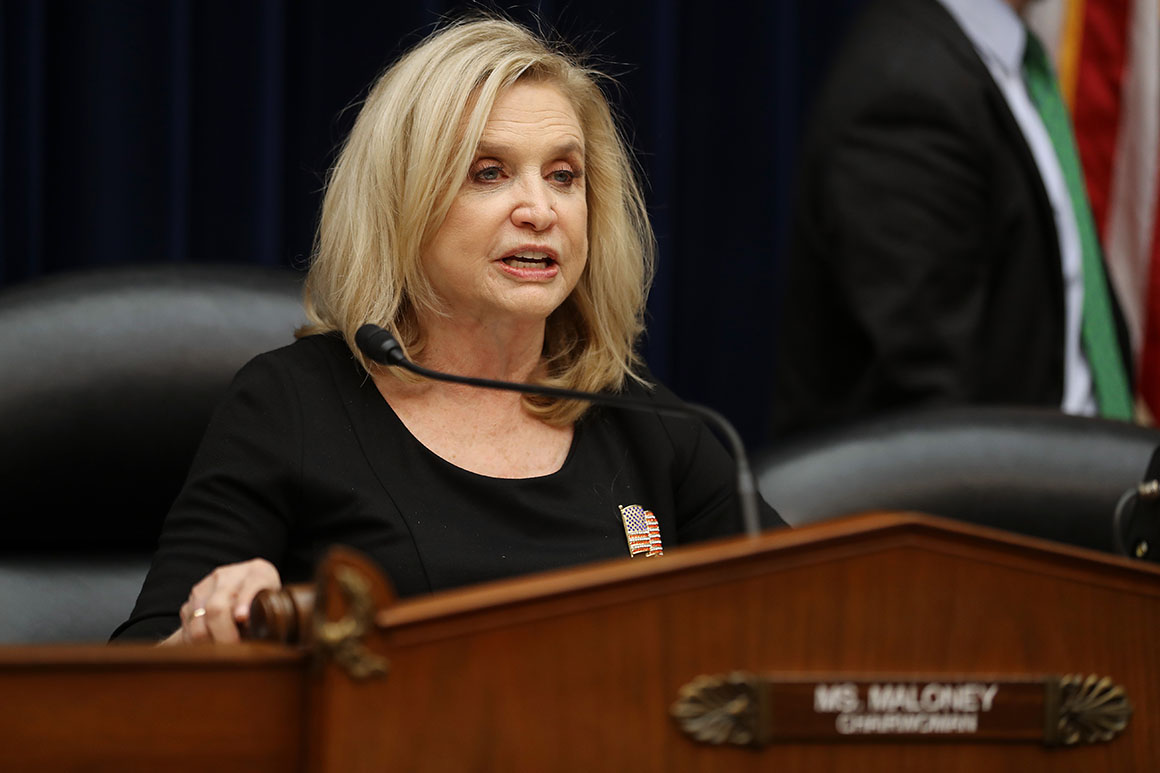 In fact, Maloney’s panel has already struggled to obtain documents from top public health agencies about the origin of the coronavirus crisis, especially details about the administration’s initial maneuvering when Trump was sharply downplaying the threat of the virus despite the warnings of health experts in his own administration.

Pelosi has promised robust oversight but has also signaled that any probes into early failures by the administration would likely have to wait until after the immediate emergency subsides; she has called repeatedly for an “after-action review.”

Porter said she’s voiced to House leaders the urgency of appointing members to the congressional oversight commission, noting Treasury will imminently start pumping billions of dollars into the economy, even as the safeguards on those decisions aren’t in place. Porter added she’s written to Pelosi and expressed her interest in serving as the speaker’s appointee on the panel, noting her background on the Oversight and Financial Services committees.

“This isn’t oversight for oversight’s sake. We can’t check a box and say that we have oversight,” Porter said. “This oversight panel is not there so Democrats can say they’re overseeing Trump. They’re there so all American taxpayers believe and know and have information and confidence that the taxpayer money is being used to stabilize their economy for the greater good.”

Democrats aren’t the only ones worried about bailout backlash. Senate Republicans say they were always champions of ensuring independent oversight of the federal programs administering coronavirus relief funds.

And Sen. Chuck Grassley (R-Iowa), chairman of the Senate Finance Committee and a longtime oversight advocate, said both the Trump administration and Congress are responsible for guarding against “fraud, waste and mismanagement.”

“Now, more than ever, it’s critical that we ensure that this money is used as intended,” Grassley said in a statement Tuesday.

Pelosi, Schumer, Senate Majority Leader Mitch McConnell and House Minority Leader Kevin McCarthy are empowered to appoint members to the congressional oversight commission. There’s no time frame for those appointments to occur, but lawmakers have indicated they expect it to happen quickly.

That panel is due to file reports every 30 days once the administration begins doling out coronavirus-related grants and loans.

Still, it remains unclear how Congress will begin to conduct oversight of the law’s implementation from afar. Some have privately floated the notion of virtual hearings but coordinating schedules and technology for lawmakers scattered across the country may not be plausible. Others say some of that oversight has already begun, at least in a piecemeal fashion, as lawmakers meet virtually or hold telephone conferences to hash out their investigative agenda.

“The challenge for lawmakers … is continuing our work without the ability to see the reality on the ground for ourselves, without being able to meet with victims or advocates and hear their stories,” said Rep. Ro Khanna (D-Calif.), who sits on the House Oversight Committee.

Trump’s pick for the new inspector general must be confirmed by the Senate — and if there’s any controversy over the choice, it would likely to require lawmakers to be in Washington to vote.

Recognizing the balance between holding Trump officials accountable while also giving them the space to confront the pandemic, Democrats have sought to tailor their document requests to target the most immediately accessible information. They’ve also offered only limited pushback to the administration’s embargo on senior officials testifying, wary of looking overly aggressive — or too political — in the midst of a global crisis.

On Monday, another oversight mechanism kicked into gear: The top internal watchdogs across the federal government named Glenn Fine, the Pentagon’s acting inspector general, to oversee a committee of fellow inspectors general that has broad authority to audit and investigate the spending of the new coronavirus relief funds.

But whether Fine is able to communicate to Congress about what he learns could become the next big oversight battle: Trump has indicated he doesn’t believe inspectors general can be required to share reports with lawmakers without his approval.

Democrats worry Trump’s rationale could also be applied to efforts by Fine to communicate with Congress. It’s reminiscent of his handling of the intelligence community’s inspector general last year, when the White House barred him from sharing with Congress a whistleblower complaint describing allegations of wrongdoing by the president with respect to Ukraine that ultimately led to his impeachment.

Pelosi, however, told her colleagues on a conference call Monday that Trump’s efforts to gut aspects of Congress’ oversight would not go unchallenged.

The looming oversight clash is reminiscent of the last major recovery effort, when Congress battled over the distribution of stimulus and bailout funds. One of the flashpoints was whether companies should be allowed to use taxpayer dollars to lobby — a contentious debate that is already resurfacing today.

Maloney is considering introducing legislation to ban companies from using coronavirus relief cash to lobby, according to a person familiar with the matter. The White House referred questions about whether Trump planned to put in place similar rules restricting the use of recovery funds to the Treasury Department, which didn’t respond to a request for comment.

“There’s so many people out there right now who have serious questions about the way that this pandemic has been handled by the administration,” Rep. Raja Krishnamoorthi (D-Ill.) said. “I think that the administration would be making a serious mistake not trying to be as transparent as it can be about its efforts.”

Heather Caygle and Theo Meyer contributed to this report.