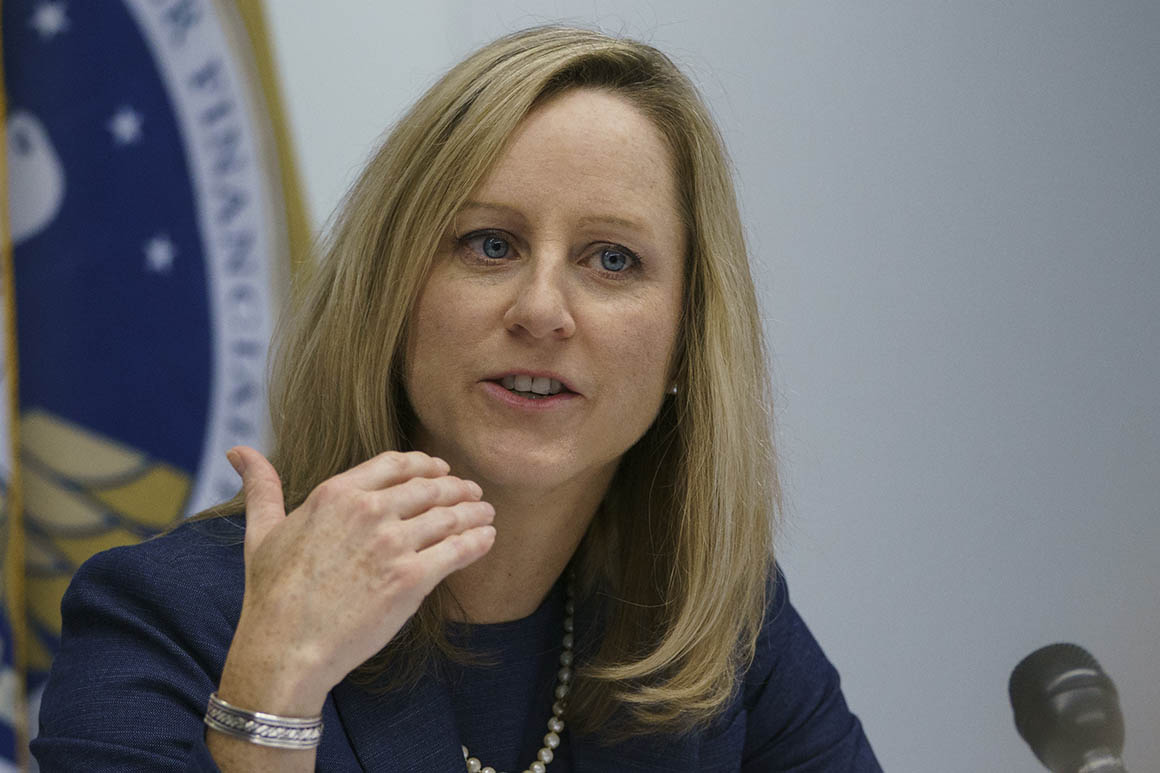 The consumer bureau – conceived during the financial crisis by Elizabeth Warren to help individuals fight back against abuse by companies — has long been detested by many Republicans, who complained that it repeatedly overstepped its bounds with aggressive enforcement during the Obama years. As a result, the Trump administration has continually sought to slash its budget and scale back its ability to go after wrongdoers.

The bureau’s director, Kathy Kraninger, a former Trump budget office official, says the agency is doing everything it can to protect consumers from bad actors. She has touted its education and outreach efforts during the crisis, pointing to increased attempts to inform consumers of the assistance available to them.

Yet the coronavirus crisis has underscored the dangers that Americans face from financial crime: A record number of consumer complaints have already been filed with the bureau — more than 42,000 in April alone, greater than in any other month since it opened in July 2011. The Justice Department recently brought its first fraud charges related to a small business lending program. More will follow.

The bureau, for its part, has not brought a single enforcement case during the crisis, and its enforcement actions fell by 80 percent from 2015 to 2018, according to an analysis by the Consumer Federation of America. Its staff has been reduced by more than 14 percent under President Donald Trump, and the agency is filled with political appointees to keep an eye on the career employees.

The bureau, which was formed in the ashes of the 2008 financial crisis, has instead repeatedly highlighted the “flexibility” it is giving the industries it regulates during the crisis, saying that benefits consumers.

In March, the agency announced that it would relax or postpone various reporting requirements for mortgage lenders, credit card companies and other financial institutions. Kraninger said the move would allow financial companies “to focus their resources on assisting consumers” rather than on complying with CFPB rules.

Last month, the bureau issued guidance signaling that it would not enforce a requirement that credit reporting companies review consumer disputes within 30 days and would instead consider the companies’ “good faith efforts to investigate disputes as quickly as possible.”

Democrats were incensed, arguing that credit reporting disputes will likely explode as consumers navigate loan modifications during the crisis.

Sen. Warren, a Massachusetts Democrat who spearheaded the effort to set it up the bureau after the financial crisis, accused Kraninger of spending her 17-month tenure “making it easier for consumers to get ripped off.”

“The biggest issue right now is they haven’t had the right frame of mind about the emerging crisis.”

“The CFPB has a crucial role to play during this crisis to protect families,” Warren said in an email. “It must use its supervisory authority to monitor and detect consumer abuses and use its enforcement powers to punish companies that violate the law.”

She warned that “Congress will be watching — and I will use every tool available to me to hold the agency accountable to its mission.”

Republicans, for their part, have embraced Kraninger‘s stewardship of the agency during the crisis.

“Attacking business is not consumer protection,” Rep. Blaine Luetkemeyer (R-Mo.), a member of the House Financial Services Committee, said in a statement. “Giving flexibility to businesses so they can help families in need is exactly what they should be doing to look out for consumers. Punitive actions that unnecessarily raise the costs of housing or completely eliminate housing options only serves to satisfy certain people’s need to inflict pain on businesses, and it’s done at the expense of consumers.”

Kraninger herself maintains the agency is doing everything it can to protect consumers from bad actors. She dismissed charges that the agency is not being assertive enough, during a May 1 conference call with reporters.

“I really don’t understand where that is coming from, except perhaps there is a desire to see different kinds of relief provided that we don’t have the authority to provide and Congress needs to act on,” she said. “We are absolutely first and foremost informing consumers about what they’re entitled to and protecting them in the marketplace from unfair, deceptive, abusive acts and practices as we always have.”

The defense that the bureau only has so much authority does not wash with consumer advocates, who point out that even the agency’s biggest Republican detractors have always said it is too powerful.

The target of many of those criticisms, former CFPB Director Richard Cordray, says there’s plenty more the agency could be doing for consumers. Cordray released a white paper last month detailing 16 actions the bureau could take, from using its supervisory authority to make sure lenders comply with the mortgage relief measures contained in the $ 2 trillion economic rescue package Congress passed in March to pressuring financial firms to waive overdraft fees.