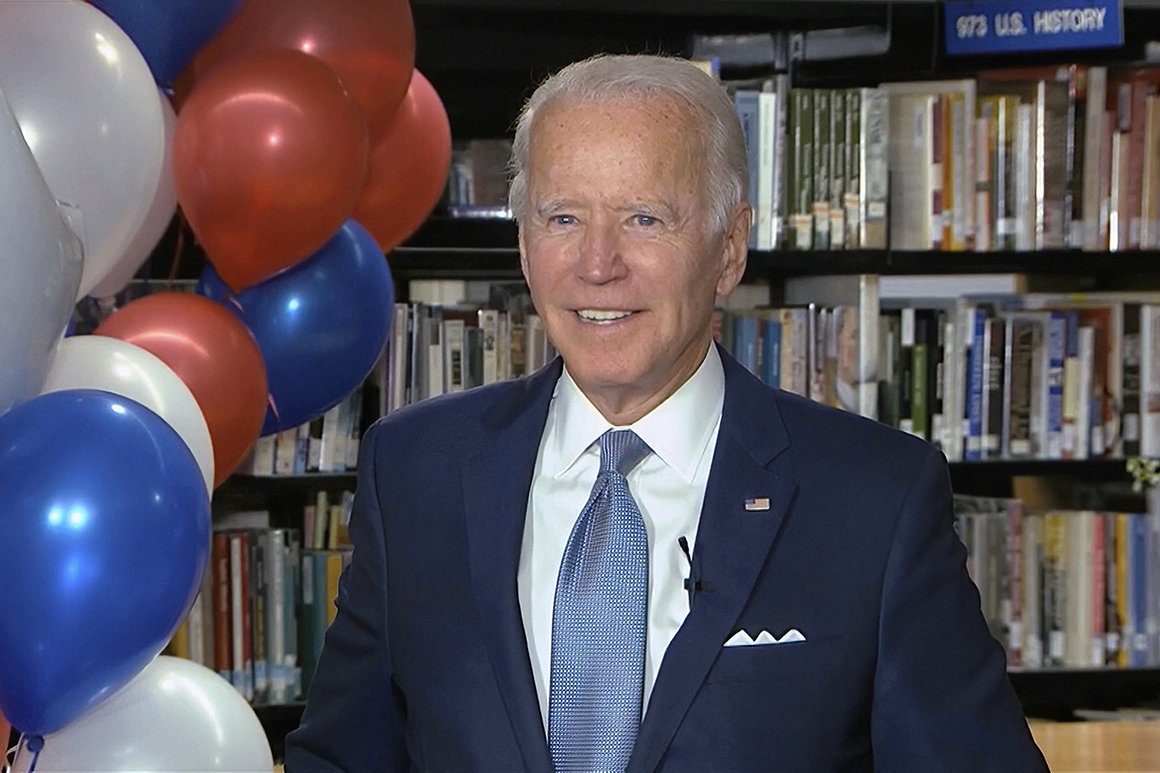 It might be Joe Biden’s convention, but Michelle and Barack are the stars. We break down why Michelle’s speech wowed viewers on Monday — and what to expect from Biden’s former boss tonight.

The Democratic National Committee allowed AOC to speak for less than two minutes. AOC sprinkled her remarks with Spanish, but compared to the moderate Democrats and elder statesmen of the Republican Party featured over the last two nights, AOC was also speaking a different ideological language.

She talked about “a mass people’s movement working to establish 21st century social, economic and human rights.” She called for that movement “to recognize and repair the wounds of racial injustice, colonization, misogyny and homophobia” and “reimagine systems of immigration and foreign policy that turn away from the violence and xenophobia of our past.” These are all lines that are standard fare on the millennial left but would never get past a Biden speechwriter.

AOC’s blink-and-you-would-have-missed-them remarks were nothing like those of Bernie Sanders. On Monday night Sanders made the case for why, in the face of the dangers represented by a second Trump term, leftists needed to rally around Biden despite any policy misgivings. Sanders is driven by a hair-on-fire concern about a second Trump term that has motivated him to put aside all intra-party differences in favor of boosting Biden’s candidacy.

After she spoke on Tuesday, the convention took a turn toward the nostalgic, highlighting as a feature the main bug that progressives see in Biden: his decades-long record as a member of the Washington deal-making establishment. Two of Biden’s favorite maxims are his admonition to never question a fellow senator’s motives and to always try to understand what it was that voters valued about his political adversaries in the upper chamber.

To Biden, this was exactly how the Founders intended the Senate to work: find a way to compromise with even the most deplorable democratically-elected members. (In the primaries this strongly held Biden belief became his Achilles heel when opponents attacked him for extending these principles even to segregationist colleagues in the ’70s.)

Tuesday night was a tribute to this strand of Bidenism and a tacit rebuke to the AOC wing’s impatience with it. Chuck Hagel, the former Republican senator from Nebraska and a former defense secretary, is 73. He accused Trump of “dereliction of duty” for failing to confront Moscow over its meddling in Afghanistan.

Colin Powell is 83. “Even if a deal seemed out of reach, it was always Joe who tried to cross the aisle,” Powell said in praising Biden’s “ability to find the common ground.” Cindy McCain narrated a tribute to Biden that included remarks from her husband, John McCain, who died in 2018 at the age of 81. A video montage featured shots of Dick Lugar, a senator from Indiana and Biden friend who died last year at the age of 87.

Rounding out the night were remarks from Bill Clinton, 74, and John Kerry, 73, both of whom are actually younger than Biden, who will turn 78 in November.

It was a strange evening that emphasized voices from a bygone era of American politics and failed to capture the current youth and ideological churn within the Democratic Party. It also gave a false sense of who will matter if Biden is president. If he wins next year, we will be hearing a lot more from AOC than from Hagel.