Coping with the MCO 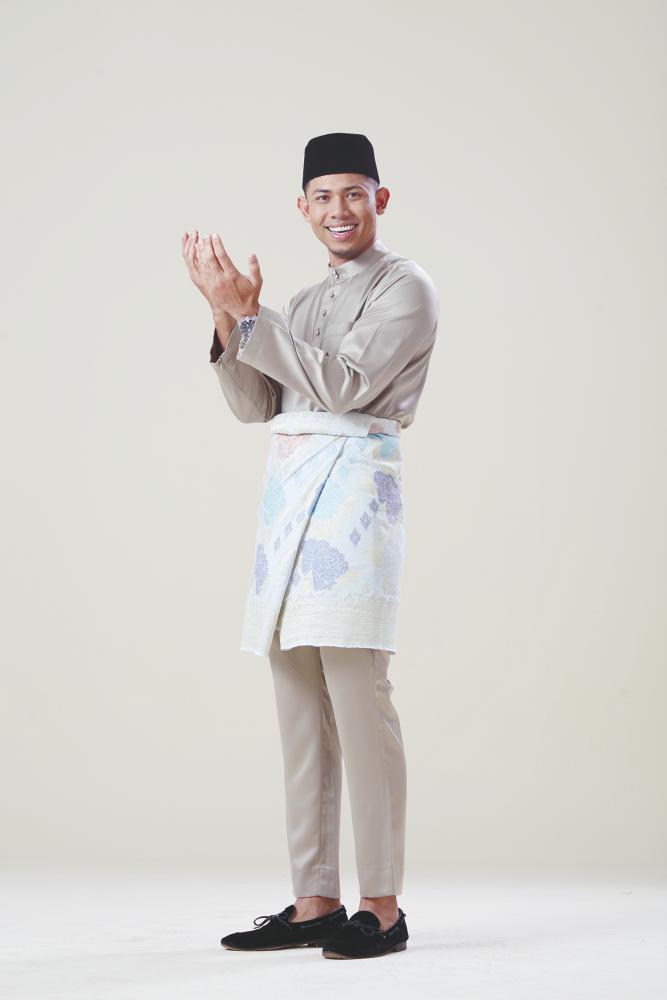 Now a father of three, this 36-year-old native of Negri Sembilan has been chosen as one of the ambassadors of a campaign that addresses the exceptional circumstances of this year’s holy month of Ramadan.

“This year’s celebration is going to be very different. We cannot be physically there with our friends, relatives, or even siblings and parents in some cases.

“In those cases, we need to find new ways of getting together and staying in touch, such as video calls. We need to increase the number of interactive activities through digital means such as social media.

“Even the programmes I host on TV now rely on video calls. The thing is, there is no reason for us not to be social while maintaining a physical distance,” said Nabil.

As a media practitioner, he points out that there are many programmes on TV now that emphasise, share, and highlight the ways people can stay connected while staying apart.

“As host, actor, and comedian, I want to do more than entertain, especially in these times. I think this is true even with others in the same profession, since the old days. I want to make people happy, make them laugh.

“TV shows, for some families, have been a gathering point. When the family’s favourite show is on, they all get together and watch it together. In my experience, I’ve received messages from my fans who thank us for making such shows. It strengthens the family bond.

“So in my opinion, comedians, hosts, actors, or even the TV channels themselves, should figure out more ways to get families, and people who are at home during the Movement Control Order (MCO), to not feel alone, and to still maintain that social and family connection. To bond over a TV show.”

He added that comedians and celebrities like himself who have a lot of followers and influence have a responsibility to spread the most accurate news so that the truth is spread quickly.

“Some could even use their clout to start a fund for charity to help people, because they have the eyes and ears of the public. So, in other words, using their star power to do good. For example, if one follower can give RM2 and the personality has one, two, or three million followers, that adds up.

“We have become more than just entertainers, unlike in the old days. Now we have to do more, use whatever resources that we have to help people,” said Nabil.

Despite the current Covid-19 pandemic, Nabil described his job scope as the same as it was before. He still goes out to the studios, does live broadcasts and records programmes.

“For me, it has stayed pretty much the same. It’s just that fewer people are working around us now. The studios are quieter, the roads are emptier,” said Nabil. “However, looking at the positive side, I’m never late because there’s no traffic jam, and I can focus more because there are fewer distractions.”

As for his daily life, a lot has changed. For once, he has to stay home a lot more.

“Actually, I did stay home a lot before the MCO, but we as a family could go out to the malls, or a park. That said, I have no problems following the MCO.

“For me, it has been a blessing as it has led me to spend more time with my family, something that I have been praying for, for a long time. It also has given me more time to learn about my faith, to refine my practices, and stuff like that.

“However, it is disheartening when I get news of friends who no longer have a job and how the situation is not as it used to be before,” said Nabil.

As for his plans for the upcoming Ramadan and Eid al-Fitr, Nabil says he plans to celebrate it at home with his wife and children.

Nabil said: “We have a one-year-old at home, and she is making us so happy. It’s great to have a baby at home. So for now, for Ramadan, that is the only plan, to stay home and obey the MCO.

“We don’t know if the MCO will be enforced during Eid. If it is lifted by then, I will go back to my kampung to see my parents. It feels like what has happened has driven our family to be closer.

“While during previous years we would travel from place to place to visit everyone, this year’s celebration will be much closer [to home]. I believe it will be a meaningful Eid this year for me.

“This will be a first for everyone, and hopefully, we will go through it and emerge more grateful for what we have.”