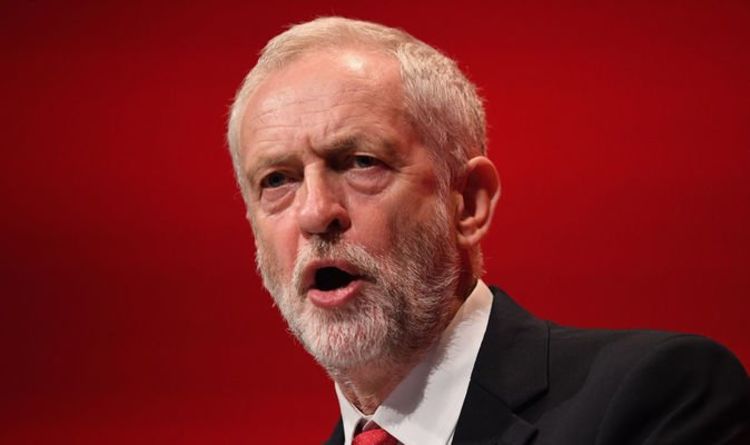 Mr Corbyn led Labour to it worst electoral defeat in 35 years in December’s general election, handing Boris Johnson an 80 seat majority. The Labour leader will step down from his position as soon as a new leader is elected on April 4. He has a long standing interest in foreign policy issues, particularly those surrounding the Middle East.

Moreover, a “leaked” document indicated that in his final months as leader, Mr Corbyn wants to maintain a focus on foreign policy.

The document revealed possible visits to Ghana, India and Iraq, as well as plans for the creation of an “internationalism” organisation and the convening of an international summit on climate change.

Appearing on Sky News on Sunday, Mr Burgon was asked whether Mr Corbyn should be offered a role on Labour’s front bench under a new leader.

The MP for Leeds East replied: “Jeremy Corbyn made a fantastic contribution to socialist politics in our country.

“He has made many gains in the Labour party, he has made us an anti-austerity party, a democratic member-led party, an anti-war internationalist party, I think he’d do a great job.”

Sir Keir Starmer, who is the favourite to replace Mr Corbyn as leader, said it would be “presumptuous” to announce positions before the end of the leadership contest.

However, he refused to rule out the possibility, claiming that the two were “very good friends”.

He said: “I spent a lot of time with him in the last three and a half years, he’s a friend and he’s a colleague and I respect what he has done for our party.

JUST IN: Labour hustings devolve into chaos as candidates clash over Corbyn

Ms Long Bailey has been a close ally of Mr Corbyn and has said her party “must not retreat” from the policies he’s helped to draw up.

According to The Sun on Sunday, the Labour leadership candidate told supporters she would hand her predecessor a key position if she were to win the contest.

She said: “I’d like to but I don’t know whether he wants to do it because he said not.

Both Ms Long Bailey and Sir Keir were questioned about the party’s Brexit stance on Sunday.

Whereas the MP for Salford blamed the party’s “compromise position” for its defeat, Sir Keir insisted that it had been the right decision.