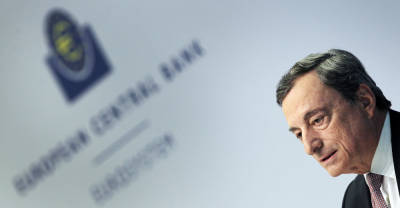 FRANKFURT: Economists increasingly hope for intervention from the European Central Bank at a meeting Thursday, expecting the institution to cushion the impact of the novel coronavirus on the already stuttering eurozone economy.

Faced with the “unknown and unprecedented risk” of the coronavirus, “will the ECB under the leadership of Christine Lagarde continue Mario Draghi’s ‘whatever it takes’ policy, or will it return to the… era when the ECB’s preferred option was to wait-and-see?” asked ING bank economist Carsten Brzeski.

Former president Mario Draghi’s 2012 declaration that “within our mandate, the ECB is ready to do whatever it takes to preserve the euro” is widely credited with stabilising the single currency area at the height of its sovereign debt crisis.

Responding to the coronavirus crisis, other central banks have already sprung into the breach.

The Bank of Japan and Bank of England have signalled more stimulus ahead, and the US Federal Reserve briefly jolted markets with a crisis-fighting 0.5-percentage-point rate cut last Tuesday.

But markets again plunged Monday as the impact of an oil price war launched by Saudi Arabia melded with virus fears.

Italy over the weekend locked down a swathe of its wealthy north.

In its own statement on March 2, the ECB said policymakers “stand ready to take appropriate and targeted measures”.

But “liquidity assistance will be prominent,“ Wattret predicted, suggesting the ECB will look to buttress companies against cash-flow problems, as virus containment measures could increasingly hobble activity.

Analysts have suggested a tweaked version of the ECB’s existing “TLTRO” scheme, under which it lends to banks on terms that become increasingly favourable the more they lend on to the real economy.

A source close to the ECB told AFP a “TLTRO targeted at SMEs” could be on the table.

Banks are already paying a negative rate, -0.5 percent, on deposits with the ECB and complaining of the resulting hit to their profitability.

Some economists predict policymakers could yet nudge the deposit rate down by 0.1 percentage point, to -0.6 percent.

Meanwhile the pace of QE could be lifted from its present 20 billion euros ($ 22.6 billion) per month.

But the total of over 2.6 trillion euros of purchases so far have brought the ECB under unprecedented political and legal attack and sowed deep divisions within its governing council.

Much of Lagarde’s work since taking office in November has been to salve such wounds.

Rather than risk reopening the battle, she may once again call on governments to intervene with tax and spending changes.

In mid-February, she reiterated that “monetary policy cannot, and should not, be the only game in town” to stimulate the economy.

Especially in a crisis stoked by a shock to supply, central banks’ demand-boosting monetary measures may not be the most effective response.

Nevertheless, policymakers “should ensure that any fiscal support comes with unambiguous support from the monetary side… like it or not, central banks are damned if they don’t,“ Pictet’s Ducrozet said. -AFP