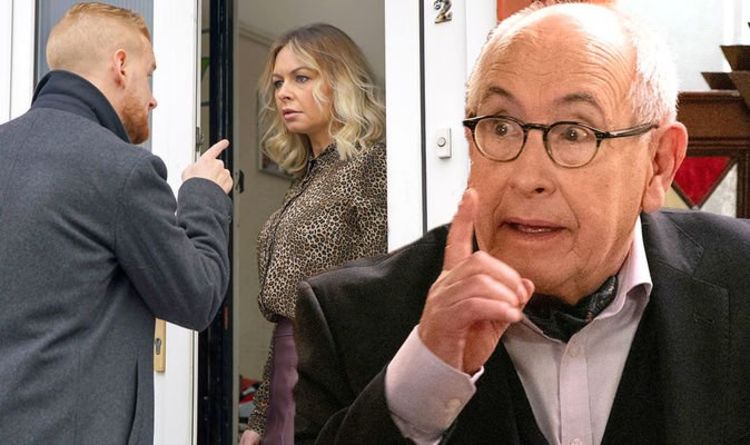 Kel continued: “I walked down through the dressing rooms into the green room. It was literally jam-packed with everyone facing me, all with their hands in the air all waiting.

“They obviously weren’t waiting for me. I remember thinking, ‘Oh gosh, this is the worst timing ever.'”

Thankfully, everything became clear and she was later let into a secret about an error.

She stated: “Everyone was waiting for Malcolm, who plays Norris, to come in because it was his 80th birthday and they’d got him a surprise cake!

Julia Teti Tory Lanez rapped about his feelings for Kylie Jenner in his new song ‘Queen And Slim’ from his album ‘DAYSTAR,’ rapping on the...
Read more
Celebrity

Alice's half-siblings Matthew and Emily later died in a tragic car crash. Fans have paid tribute online, one one writing: "Please accept mine and my...
Read more
Celebrity

Jason Brow Don’t think Katie Maloney’s jealous of her pregnant ‘Vanderpump Rules’ co-stars. After a troll accused her of being the ‘last one out,’ Katie...
Read more
Celebrity

Tommy Mottola: 5 Things To Know About Mariah Carey’s First Husband Who She Wrote About In New Book

Jade Boren Demi Lovato and Max Ehrich’s wedding — and relationship — is reportedly off! Here’s why they decided to ‘go their separate ways,’ according...
Read more

"Although individual device performance varies depending on configuration and usage, we expect the decrease in resource and battery usage to create a better browsing...
Read more