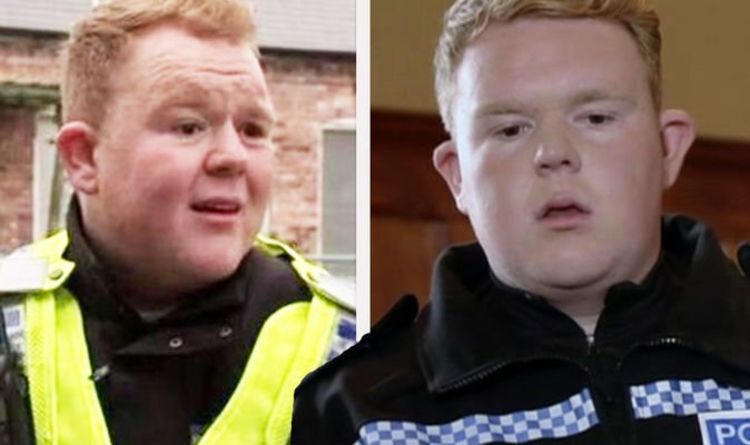 Craig Tinker (played by Colson Smith) has been on a fitness journey in Coronation Street recently after being too unfit to chase a thief that broke into Brian Packham’s (Peter Gunn) shop. But, he has also been involved in trying to get David Platt (Jack P. Shepherd) off the ledge as he continues to provoke drama. But, Colson Smith has now dropped a major hint that Craig could be leaving the cobbles for good.

Craig Tinker has always been a fan favourite and recently he has been trying to get David back on the straight and narrow.

Just a couple of weeks ago, Craig watched as David jumped on a group of drug dealers’ car in an attempt to provoke them into a chase.

Not one to turn down the opportunity to help, Craig suggested the two start running together.

Craig has been on a fitness journey for the last few months after the actor suggested it to Coronation Street bosses.

David opened up and said that it was all about the high of the chase, but viewers know it’s about a lot more than that.

David has had a rough year, not only was his new wife Shona Ramsey (Julia Goulding) shot at Christmas but when she woke up from her coma she didn’t know who David was and wanted nothing to do with him.

Craig wasn’t able to get through to the young man but in upcoming scenes, he could go one step further and step in the middle of one of David’s fights.

He could even lose his job if he becomes intent on smacking some sense into David.

“We are in direct continuity, but I’ve almost lost about 10 stone since we left work so I’m not sure that [my hair] is going to be the biggest of their issues,” he said.

“I might be wearing a wig and a fat suit when we go back.”

Colson also spoke to Lorraine Kelly earlier this month and explained why he was losing the weight in the first place.

He explained: “When you go up and suggest a storyline where your character has a bit of a transformation, the one thing in the back of my head is, ‘Oh, I’ve got to do that as well’.”

“So while we’re not seeing the street at the moment, I’ve kind of kept Craig Tinker’s fitness journey on behind closed doors, so when we’re back we’re ready to see what Craig’s been up to.”

But, does this mean Craig Tinker could be leaving the cobbles sooner than viewers think?