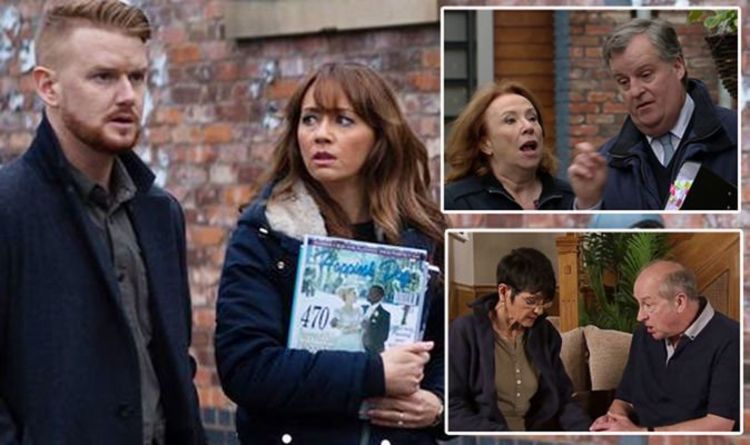 Ahead of the episodes airing next week, the soap has shared some previews of what viewers can expect to come in the dramatic scenes.

One such video shows Jonny and Jenny talking in the aftermath of Scott’s arrival and discussion of their departure.

Trying to find her husband to introduce him to their new guest, the landlady discovers her other half has made a call to Eva Price (Catherine Tyldesley), the mother of his granddaughter, Suzie, who is currently living in France.

“I thought we should go there,” the concerned character tells his wife, to which she thinks it’s a marvellous suggestion, with no idea why her husband suddenly wants to jump ship.