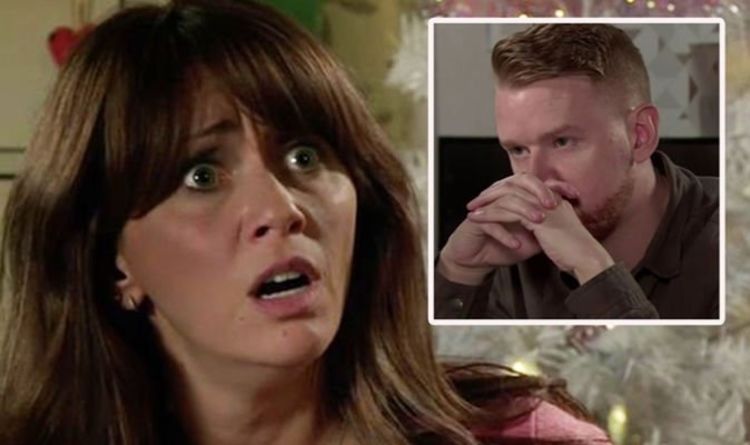 Gary (played by Mikey North) has been wreaking havoc on Coronation Street for over a year now, having transformed from a cash-strapped builder into a devious loan shark. Recent scenes on the ITV soap have seen his love rival Adam Barlow (Sam Robertson) and Imran Habeeb (Charlie De Melo) become more suspicious about his dodgy deeds and have therefore launched their own private investigation against him. The supervillain has been doing everything in his power to ensure his dark ways have remained a secret, but as the weeks pass, it’s becoming harder to keep a lid on things. As the storyline has run for over a year now and with the walls closing in on him, will the troubled character exit as he makes a drastic decision about his own future?

As his relationship with Sarah Platt (Tina O’Brien) hit a financial hurdle early last year, Gary took it into his own hands to try and create a scenario whereby his talents as a builder would be needed.

This caused him to tamper with the Underworld Factory roof, causing the death of fan favourite Rana Habeeb (Bhavna Limbachia) as well as sparking a mental health storyline for Carla Connor (Alison King) as she blamed herself for the carnage.

With monetary constraints on his building business, the dodgy dealer turned to loan shark Rick Neelan (Greg Wood) for help but when his debts started to stack up, he got rid of his nemesis once and for all as he committed murder for the first time.

The subsequent months which followed saw him take on his victim’s customers, including Derek Milligan (Craige Els) but when things turned sour between the pair, he ended up dead as well as Robert Preston (Tristan Gemmill).

Faced with the reality of his actions and having hurt so many in the process, will the supervillain do the one thing no one expects him to do as he makes his departure?

Although he thought Rick was dead and buried, the loan shark’s daughter and wife are now making themselves known on the cobbles.

For Gary, this has become a big problem as he believes Kelly Neelan (Millie Gibson) and her mother Laura Neelan (Kel Allen) are the missing links to connect him to their loved one’s mysterious disappearance.

Recent scenes have seen the dodgy dealer try his hardest to get them both out of Weatherfield, but his efforts seemed to have been fruitless so far thanks to Adam and his charming ways.

However, with the prospect of Rick’s body eventually being found and knowing he has used up all his nine lives, will Gary make a bold move which could seal his downfall?

Speaking to press, including Express.co.uk, Executive Producer Iain MacLeod teased what viewers could expect from the ever-changing plot for Gary.

The soap boss explained: “Gary, obviously he’s done some dastardly things in his time, but I think at the bottom of it all, he still has a good heart.

“So when this kind of troubled teenage girl turns up when he realises it’s Rick’s daughter, and also that her mother is somewhat feckless and absent, he feels a bit like, ‘You know, I’ve caused this I’ve, I’ve essentially ruined this kid’s life.’

“And, you know, his selfless gene kicks back in again and he tries to help her out in whatever way he can.”

Discussing what viewers are seeing now of Adam stepping up and leading his own investigation into Gary, Iain explained there will be repercussions for the super villain’s future.

“When they discover it’s Rick’s kid, suspicions go into overdrive in a way that sort of precipitates a massive explosion in Gary and Sarah and Adam’s live’s in the run-up to Gary and Maria’s wedding, which will be going out sometime later in the summer.”

Having mentioned the supervillain does have a kind heart beneath his twisted persona, has the soap boss suggested Gary will hand himself over to the police?

Seeing himself in Kelly and having caused such carnage for the youngster, will the dodgy dealer’s conscience get the better of him and lead him to confess?