Coronavirus: 3 new hotspots in UK where the virus is spreading – symptoms to look out for 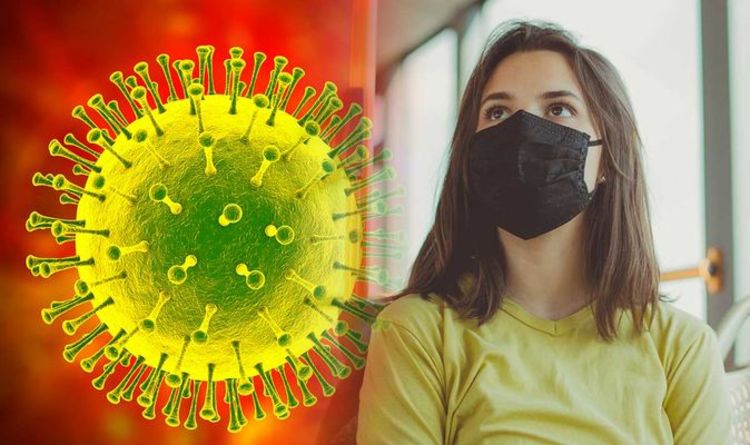 Official statistics have revealed that the notorious bug is spreading at an alarming rate. Three new hotspots have been identified, including one borough in London. Here’s how to keep safe.

It’s reported that Kettering, in Northamptonshire, has seen an increase from 16.7 (the number of positive cases per 100,000 people) to 38.3.

Another balloon of coronavirus cases has been revealed in Redditch, north-east Worcestershire.

The number of infected individuals there has risen from 4.7 to 36.4, which is a considerably big jump in one week.

Reported by the Daily Star, the increase in coronavirus cases in Kettering and Redditch has pushed them both into the top nine places in England where the virus is the most prominent.

Other places with the highest risk of catching coronavirus include Pendle, and Blackburn with Darwen (both in Lancashire).

READ MORE: High cholesterol: Lump underneath the skin is a warning your levels are too high

However, this figure has decreased from 68.4 – which was recorded the prior week.

Government scientists have now declared that the “R” rate may be over one in the majority of the country.

This is a working trend, considering most of Europe has had to deal with a possible second wave of infections.

Symptoms to look out for

The NHS has listed the three main symptoms to be aware of – cough, fever and loss of smell or taste.

To go into greater detail, a fever can be identified by “a high temperature” – feeling “hot to touch on the chest or back”.

A new, continuous cough means “coughing a lot for more than an hour, or three or more coughing episodes in 24 hours”.

It can also mean “things smell or taste different to normal”. If any of these symptoms come to light, there’s things you need to do to keep others safe.

The NHS instructs anybody displaying symptoms to stay at home – with no visitors – and to order a coronavirus test (click here).

Anybody living with the potentially infected individual must also stay at home, as well as anybody in the same support bubble.

This is a way to help stop the virus from spreading to other people.

Unfortunately, some people are asymptomatic – meaning they don’t have any symptoms – and so precautionary steps need to be taken.

The Government has advised people to wear their face masks while in enclosed spaces, such as the pharmacy, banks and post offices.

It’s also recommended to wash your hands with soap and water for 30 seconds after returning home from anywhere outside.