Coronavirus advice: How to prepare for coronavirus 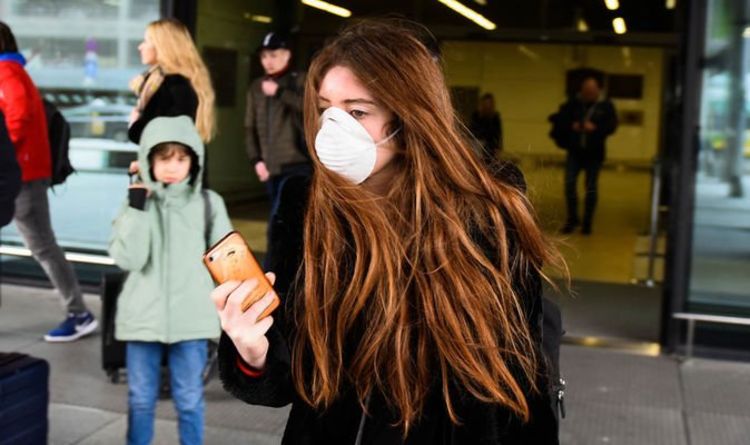 How to prepare for coronavirus

Coronavirus cases could continue to eat into Europe this week, with an increased risk to the UK.

However, the threat level for Britain remains “moderate” – despite London’s Canary Wharf going into lockdown today.

British officials have focussed on providing advice to people currently holidaying in Italy and those who will soon visit the country.

In Britain, Public Health England confirmed that as of February 25, a total of 6,795 people have been tested in the UK, of which 6,782 were confirmed negative and 13 positive.

These figures now include the four cases from the Diamond Princess cruise ship.

Based on the World Health Organization’s declaration that this is a public health emergency of international concern, the UK Chief Medical Officers raised the risk to the UK from low to moderate.

This permits the government to plan for all eventualities. However, the risk to individuals remains low.

PHE said: “We have been working in close collaboration with international colleagues and the World Health Organization to monitor the situation in China and around the world.”

One person in the UK is believed to have contracted the virus today, forcing lockdown in Canary Wharf.

American oil firm Chevron has evacuated and advised its 300-strong workforce to stay at home after one person returned from a coronavirus-infected country and reported flu-like symptoms.

They were sent for testing and told not to return until results are confirmed.

Two schools have also closed as the risk increases, and more have sent staff and pupils returning from infected areas into isolation.