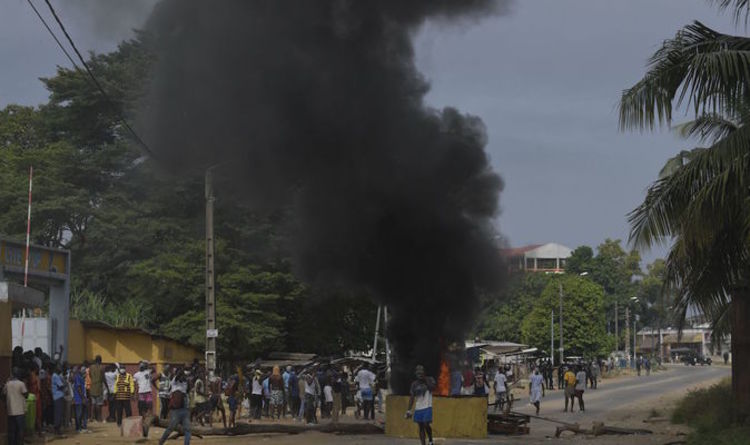 A health centre being constructed in the commercial capital of Ivory Coast has been destroyed by protestors. The building, erected in Abidjan’s Yopugon district, was too close to people’s homes, residents said.

Videos on social media show the protestors tearing the centre apart with their bare hands.

They also smashed and destroyed constructions materials being used to build what would have tested people with suspected coronavirus.

Some people even appeared to be throwing poles into a truck.

The health ministry said the building was never intended to treat those sick from COVID-19, only as a preliminary testing centre.

Ivory Coast, like many African nations, has had relatively few confirmed cases of the virus.

Despite this, it has imposed a lockdown in Abidjan in addition to a nationwide curfew.

Health officials there have urged people to wear masks to try to slow the spread of the virus.

The aggressive and hostile response to the testing centre is similar to attitudes during the Ebola outbreaks in West and Central Africa in 2014.

Dr Tedros said the doctor’s displayed a clear hangover from the “colonial mentality” and became visibly angry when asked about the instance during the WHO’s coronavirus briefing.

He added: “It was a disgrace, appalling, to hear during the 21st Century, to hear from scientists, that kind of remark.

“We condemn this in the strongest terms possible, and we assure you that this will not happen.”

There are 9,867 confirmed cases in Africa, with 482 deaths, and a further 947 people having recovered.

Though the virus has not yet hit Africa to the extent it has in other areas around the world, experts have warned that the continent faces a complete economic collapse.

More than half of Africa’s 54 contras have imposed lockdowns, curfews, travel restrictions and other measures in a bid to catch the virus in its early stages.

South Africa, the regions most developed country, has proven itself extremely efficient in tracking the virus, setting up drive-through testing centres and mobile medical units.

Yet other less-developed countries with existing poor infrastructure are likely to be more vulnerable.

ByIra GlassThe New York Times and “This American Life” formed a new partnership this year, and one of my favorite things about it is...
Read more