Coronavirus caught in hospital by nearly 1 in 5 patients, figures say 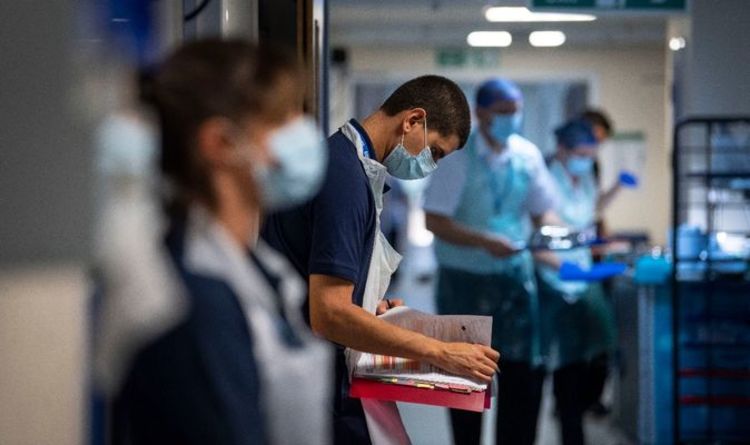 Experts say it shows the need for the introduction of specialist hospitals for infectious disease.

Professor Thomas Jefferson, from the Centre of Evidence Based Medicine at the University of Oxford said infections were escalating in hospitals where many patients are more vulnerable to severe or deadly disease.

The figures, analysed by the CEBM, show that across England more than 17 percent of patients with covid only tested positive at least seven days after admission.

This suggests the virus was caught while the patient was in hospital, said Professor Jefferson.

Professor Jefferson said: “Who comes to hospital? People who have had strokes, cancer or other illnesses. These are the people who are more vulnerable to dying of covid-19. This was warned about by a group of doctors in the BMJ in May. What has happened over the summer?

“We need to introduce separate facilities for people with infectious diseases and those with strokes, cancer and heart disease so non-covid patients can be treated without risk.”

He added: “This highlights the urgent need to provide a coherent, consistent picture of the impact of Covid: how it spreads, and how to stop it. Measures for example should be targeted to protect those who we know are vulnerable to it such as elderly people and those in hospitals.”

The estimated percentage of healthcare-associated Covid infections (HCAIs) appears to be as bad, if not worse, than that recorded during the height of the first wave.

This is despite an order from Sir Simon Stevens, the NHS England chief executive, for hospitals to improve their Covid security in June.

Last May Jan Coebergh, a consultant neurologist in Surrey who has worked on covid wards at several sites since the outbreak began, told The BMJ that he had seen distressing cases of patients becoming infected with the virus from other patients while in hospital and who were likely to die as a result.

He said: “There clearly is intra-hospital patient transmission,” he said. “In intensive care and the respiratory wards they have special ventilation. But the other mixed wards with people awaiting swab results don’t have very good ventilation, and so I think they are kind of dangerous places.”

He called for more aggressive, timely, and regular testing of all hospital patients and for stricter separation to reduce the risk of infection spreading.

“We need to separate patients as much as possible with physical distancing or single rooms for people awaiting swab results,” he said. “And then it’s about ventilation and testing. We need to test all inpatients every week to start tracking whether super-spreading events occur in hospitals.”

ByWhat is Capricorn's personality like? Capricorn is Latin for ‘horned goat’, and the symptom of Capricorn is the horned goat or sea goat. The goat is...
Read more
Lifestyle

ByBy Scott McCartney Close Scott McCartneyOct. 21, 2020 9:02 am ETCovid-19 infections are increasing nationwide, and airplanes are one place where social distancing is all but impossible....
Read more
Lifestyle

ByLooking for deals with Vodafone and BT could give the best value for money, he explained. "Ending midnight tonight there are two super fast and...
Read more
Lifestyle

House prices: Conservatories can boost home value by £6k- but loft extensions can cost you

ByMaking renovations can increase how much buyers are willing to pay for the home. While home improvements can take time and money, the experts explained...
Read more
Lifestyle

ByThe gown is reportedly by Christian Dior and similar items are on sale for £600. The dress had an oversized collar and a plunging v-neckline. It...
Read more