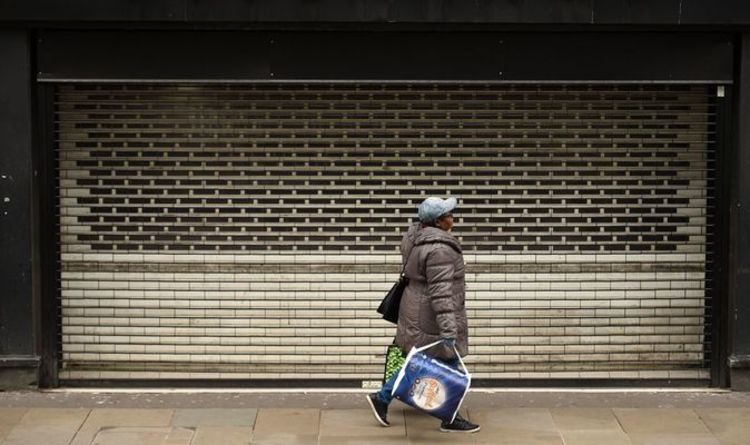 Economists from the banking giant Nomura warned that the economy is now predicted to shrink by 7.8 per cent in 2020. This would be the most severe hit to livelihoods since the 13 per cent collapse in 1921.

That year saw Britain’s exports crash in the end of the post-First World War boom.

The UK economist at Nomura, George Buckley, said the 2020 crash would surpass the 2008 financial crisis easily, when the economy endured a 4.2 per cent collapse, and the dips of the Second World War.

Speaking to the Mail, Mr Buckley said: “This will be the worst year for GDP for just shy of a century.

“The worst data we’ve seen since the depression of 1921 was during the final stages of the Second World War, when GDP fell by 4.6 per cent.”

According to the Mail, the jobs market has deteriorated much faster than it did after the 2008 crash.

Reed, Britain’s largest recruitment website, said the number of new vacancies being advertised has fallen by the equivalent amount in three weeks as it had done in nine months during the financial crash of 2008.

This is as borrowers will not be able to pay off their debts as they lose their jobs, become furloughed or have their earnings severed.

The paper also went on to say that most families now have hardly any savings to depend on after a decade of record low interest rates.

Kristalina Geogieva, the Head of the International Monetary Fund, said at a World Health Organisation briefing: “This is a crisis like no other.

“Never in the history of the IMF have we witnessed the world economy coming to a standstill. It is way worse than the global financial crisis.”

Ms Geogieva said at the briefing that the IMF would prioritise resources for vulnerable countries.

“Saving lives and protecting livelihoods ought to go hand-in-hand.”

Facebook
Twitter
Pinterest
WhatsApp
Linkedin
ReddIt
Email
Tumblr
VK
Previous articleMelania Trump used subtle trick to make sure she 'stood out' when meeting the Queen
Next articleFinal Fantasy 7 Remake is almost here, this is why the original is so loved