Coronavirus cover-up: Government experts may have known extent of outbreak in JANUARY 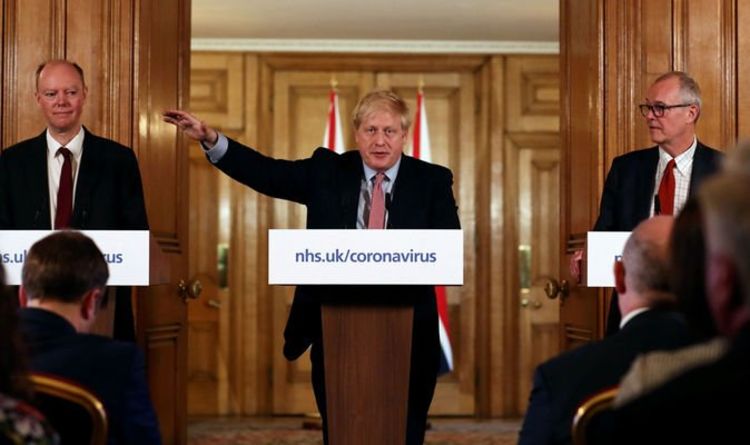 More than 20 British scientists, key officials and senior sources in Prime Minister Boris Johnson’s Conservative Party knew that the coronavirus would seriously impact the UK in January, according to a Reuters investigation. The bombshell report suggests the sections of the government were already convinced that Britain was on the brink of a disastrous outbreak two months before any measures were imposed.

John Edmunds, a professor of infectious disease modelling said: “You know, there’s a small little cadre of people in the middle, who absolutely did realise what was going on, and likely to happen.”

From the beginning, Mr Edmunds said work by scientists had shown that, with only limited interventions, the virus would trigger an “overwhelming epidemic” in which Britain’s health service was not going “to get anywhere near being able to cope with it.

“That was clear from the beginning.”

But he said: “I do think there’s a bit of a worry in terms you don’t want to unnecessarily panic people.”

It wasn’t until early March that the government’s scientists revealed the extent to which COVID-19 had likely spread through the UK.

They said up to four-fifths of Britons could become infected and one in a hundred might die, and members of an official committee created a model that looked to predict the rise of coronavirus.

All of this was done on March 2.

He played-down models that suggested a possible 80 percent infection rate and the subsequent deaths, saying the number of people who would be infected was probably “a lot lower” and coming up with a total was “largely speculative.”

Reuters says the upbeat tone ran in stark contrast to the growing unease of many of the government’s scientific advisers behind the scenes.

For more than two months scientists who advised the government did not clearly signal their worsening fears to the public or the government.

The risk level set by the government until March 12 was set remained “moderate” suggesting only the possibility of a wider outbreak.

Mr Johnson, who on Thursday left intensive care as he continues to battle the virus, was largely criticised in the beginning for not taking similar precautions to leaders around the world.

Interviews and records published so far suggest that the scientific committees that advised Johnson didn’t study, until mid-March, the option of the kind of stringent lockdown adopted early on in China, where the virus originated and began to rise in late December.

UK scientists were convinced that once the virus left China quarantine measures would likely not succeed.