Coronavirus crisis: New data reveals the extent of how over-60s are most at risk of virus 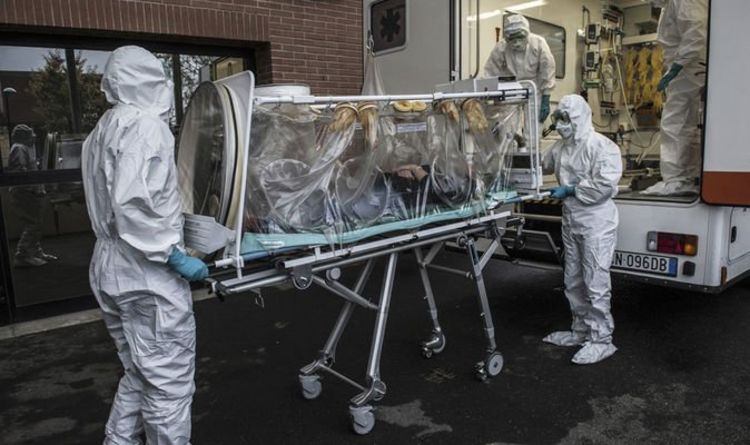 Medical research of the coronavirus outbreak that is causing global panic suggests that age plays a large role in determining the severity of the illness that a patient is likely to experience. As doctors learn more about the virus from the mounting cases, they are able to discern various patterns associated with COVID-19. Reports in medical journals describe a wide spectrum of illness ranging from cases that are so mild that the patient is unaware of infection to those where the patient develops serious complications and can die within a week.

The data also indicates that the virus poses the greatest risk of serious illness and death to the over 60s.

However, while younger people are less likely to catch the illness or develop severe symptoms, they are not immune.

A Government statement warned: “Children can be infected and can have a severe illness.”

Typically, though, most cases are producing mild symptoms, as illustrated by the case of a 35-year-old waitress working on the Diamond Princess cruise ship.

The Diamond Princess was placed in quarantine when it arrived in Yokomhoma, Japan, towards the end of February.

The young waitress was one of those infected, yet her symptoms remained so mild that she did not realise she had the virus.

The man, who hd been admitted to North Manchester general hospital, had just returned from Italy, NHS England said.

In a statement, the UK’s Chief Medical Office, Chris Whitty, expressed his sincere condolences to the family.

He said: “I am very sorry to report that a third patient in England who tested positive for Covid-19 has sadly died.

“I offer my sincere condolences to their family and friends and ask that their privacy is respected.

“The patient, who was being treated at the North Manchester General Hospital, was over 60 years old and had significant underlying health conditions.

“They had recently travelled from an affected area. Contact tracing is already under way.”

Meanwhile, in Italy mass panic gripped the north of the country, as the Italian Government sought to enforce a lockdown in Lombardy and multiple other provinces, affecting 16 million people.