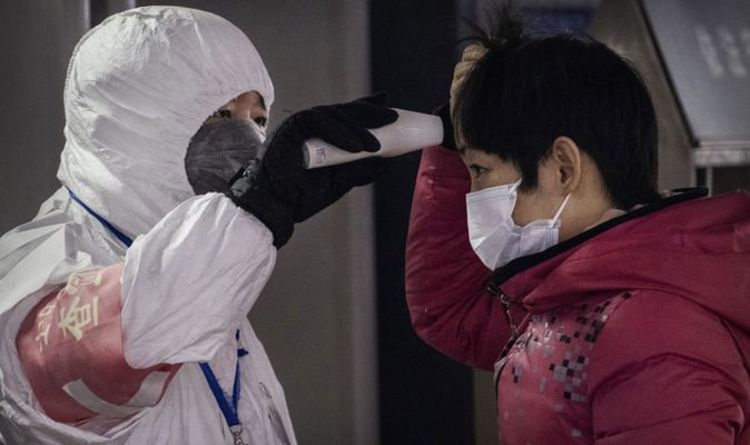 China Central Television, quoting state-run Xinhua news agency said today seven medical staff at two hospitals were given the treatment, with preliminary test results showing their symptoms were controlled. CCTV tweeted: “Good news! Xinhua News Agency learned from the Union Medical College Hospital of Tongji and Medical College of Huazhong University of Science and Technology that after the treatment of seven medical staff in the hospital, preliminary test results showed that the new type of coronavirus nucleic acid test has been transferred.

The vaccine’s success has not yet been verified by the World Health Organisation.

Scientists had been trying to develop a vaccine since the outbreak first emerged at the beginning of January.

Efforts were ramped up this week as more than 2,000 people were infected with the virus in China and 56 killed by the disease.

Researchers were using genetic sequencing to try to identify pathogens responsible for the virus, Xu Wenbo, director of the Chinese Centre for Disease Control and Prevention (CDC) told reporters during a briefing yesterday.

The latest possible breakthrough comes as China’s National Health Commission warned the ability of the coronavirus to spread is strengthening and infections could continue to rise.

Health authorities around the world are racing to pandemic after a handful of the cases of infection were reported outside of China, including in Thailand, Australia, the US and France.

The new deadly virus has set alarm bells ringing because much about it remains unknown such as how dangerous it is and how easily it spreads between people.

What has been clear so far is it can cause pneumonia,which has been deadly in some cases.

China’s National Health Commission Minister Ma Xiaowei said the incubation period for the virus can range from one to 14 days, during which infection can occur, which was not the case with the often deadly Severe Acute Respiratory Syndrome (SARS) which irrigated in 2002 in China and killed nearly 800 people globally.

Ma told reporters: “According to recent clinical information, the virus’ ability to spread seems to be getting somewhat stronger.”

China’s National Health Commission Minister said the country would be intensifying its efforts to contain the virus, which have so far included restrictions on transport and and the cancellation of major events.

The Lunar New Year, which is celebrated by hundreds of million of Chinese travelling around the country and abroad to see family each year, has been severely disrupted by the outbreak of the coronavirus.

But state broadcaster CCTV claimed the country may extend the week-long holiday, citing a meeting hosted by Premier Li Keqiang.

China has confirmed more than 2,000 case of infection, while the death toll remains at 56.

Coronavirus has spread to cities including Beijing and Shanghai, while Hone Kong has confirmed six cases.

Health officials in Orange County, California, reported that a third case had been registered in the United States in a traveller from Wuhan.

Canada has also declared a first first “presumptive” confirmed case in a resident who had returned from Wuhan, while Australia has confirmed four cases.

THIS IS A BREAKING NEWS STORY. MORE TO FOLLOW.