Coronavirus deaths: 10th of the residents in care homes struck down 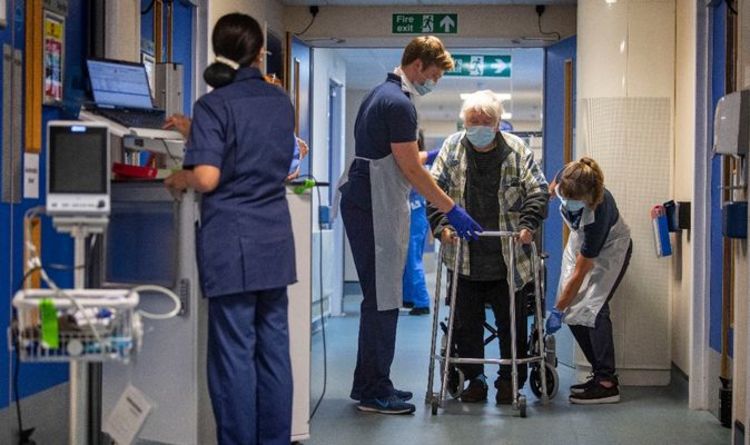 Health care analysts LaingBuisson says although virus cases will have waned 34,000 deaths out of 59,000 in England will be in care homes.

They include those killed directly and indirectly by the virus – 11 percent of the care home population.

The prediction will fuel anger about the failure to protect residents from the virus and deliver them vital medical care during the pandemic.

It has led to calls to reform the care home system which experts say is already underfunded and unable to shoulder extra personal protective equipment (PPE) and staff absence costs.

He said: “At the peak of the crisis there were widespread reports of normal medical support simply being removed from care homes.

“Ambulances would reform William Conservative Ros Altmann not turn up to take emergencies to hospital since capacity had to be kept clear for Covid cases. GP house calls were replaced with occasional phone calls.

“In the absence of any expectation of active medical support care home residents were encouraged to consider what instructions to give in the case of serious illness, with many opting for ‘do not resuscitate’.

“At the same time care homes were being asked by NHS trusts to accept discharges without knowing whether the patient had the virus.

“It is likely this seeded the infection into some care homes with transmission made easier because of PPE shortages there.

“This scandal now emerging was unnecessary and should have been avoided.”

Former pensions minister Ros Altmann said the deaths were a catastrophe which highlighted failure of the care home system.

She called for a radical funding change and a “care contribution” form of insurance for later-life needs.

Baroness Altmann said people in their 20s needed to start saving for care in their old age and would be taxed a small amount, possibly a penny per pound, over many years. Baby boomers and those no longer working could invest in ISAs or other savings.

The Tory peer said: “We need a special contribution for our elderly care.We have to bite the bullet.

“Unless everyone pays something we will have a situation where the burden falls on a smaller group and it ends up being rationed, disrespectful and neglectful, as this pandemic has shown.

“The system is broken and unsustainable. Social care is left to cash-strapped councils, not properly funded at all in advance and there is no long-term plan.

“Care has always been the Cinderella part of our system and the coronavirus crisis in care homes is a continuation of this broken system – creating a disaster for the most frail and vulnerable in society.

“The industry has lls: Laing and peer become a game of financial pass the parcel where hedge fund companies cash in on company debts.

“But these people are not parcels – they are people.”