Coronavirus: Dr Hilary discusses emergency meeting and what we can... 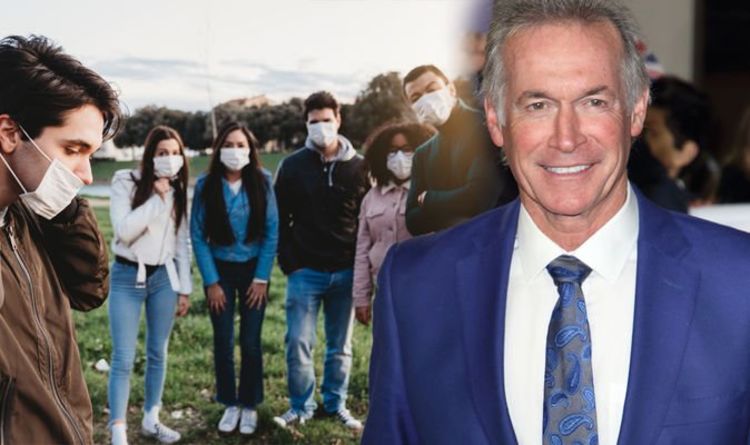 Coronavirus has had the biggest daily rise to date. Tesco, Asda and Morrisons have been rationing products and half of Italy’s population are in quarantine. The epidemic seems to be the stuff of nightmares, however, it’s very much a reality and later today an emergency meeting will be held to decide whether to bring in measures to delay the spread of coronavirus in the UK. Dr Hilary appeared on Lorraine this morning to give his latest and advice and tips on the deadly virus.

A Cobra emergency meeting will be held later today to discuss whether or not to include a ban of big events, closing schools and encouraging home working.

It comes after a man in his 60s became the UK’s third death linked to the Covid-19 virus. Ministers will also meet with sport bodies and UK supermarkets to discuss their response to the outbreak.

Dr Hilary said: “The Cobra meeting will be talking about the social distance thing that means trying to keep people away from people who might be infected so that could impinge on for example big events, big meetings, gatherings, it could mean closure of schools in certain areas where they have hot spots.

“All these questions need to be looked at and there will be advice in certain areas but one has to prioritise in a situation where you’ve got a very nasty virus with a significant mortality, particularly in certain vulnerable groups we’ve got to prioritise what’s important.

READ MORE: Prostate cancer symptoms: Worrying sign in your eyes which should not be ignored

“Government, democracies around the world will be judged on how this is handled by the government.

“So the number one priority has to be health. It has to be reducing mortality and suffering in people because of an infection.

“Secondly, probably the economy because the economy will be hit hard and that will take a while to bounce back and then afterwards and I know it’s inconvenient but sports and entertainment has to take a bit of a back seat.

“You can’t have 80,000 people gathering when there is widespread infection within a community.”

Professor Hugh Pennington also spoke on Good Morning Britain earlier and said: “The virus has really taken off. Things aren’t really out of control as they are in Italy but let us keep our fingers crossed that we don’t go down the Italy route.”

Symptoms of coronavirus include fever, shortness of breath and a dry cough. Other symptoms of the disease include aches and pains, nasal congestion, runny nose, sore throat and even diarrhoea.

The WHO report 80 percent of people recover from the disease without needing special treatment.

However, people should take extra precautions from catching the disease and anyone with underlying conditions such as high blood pressure, heart disease or diabetes, should be extra cautious.