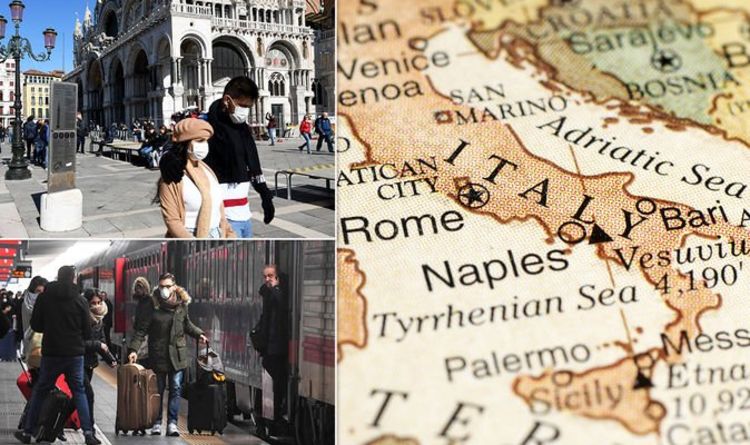 British Airways has cancelled 36 flights today to and from northern Italy, mainly to Milan and Venice.

A BA spokeswoman told Express.co.uk: “Following the change to the UK Government travel advice for Northern Italy, we are reviewing our schedule, and have contacted all customers who are due to travel today.

“We are also offering customers booked to fly before April 2, the option to change their booking up to another date up to the end of May, or to fly via Zurich or Geneva instead.”

An airline spokeswoman told Express.co.uk: “Following a decree issued by the Italian authorities implementing further restrictions for anyone living in Lombardy and 14 other central and northern provinces in Italy, easyJet in common with a number of other airlines is reviewing its flying programme to Milan Malpensa, Milan Linate, Venice and Verona airports for the period from now until 3 April 2020.