Coronavirus has been in bats ready to strike humans for 10 YEARS, scientists believe 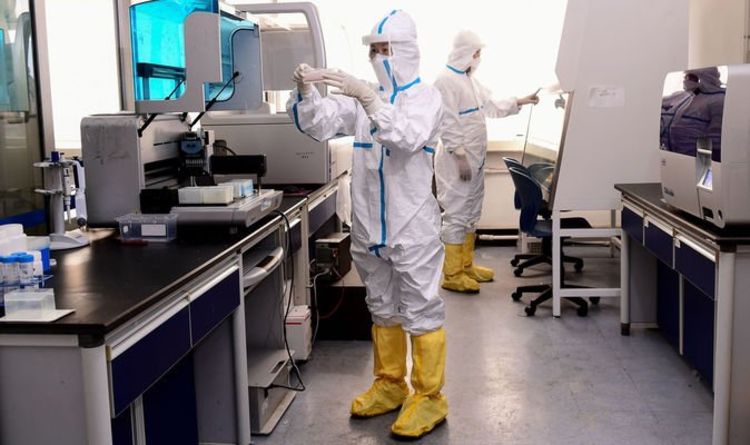 But Dr Trevor Bedford, a scientist at the forefront of international efforts to track the epidemic through genetic analysis, said scaremongering studies were “shoddily done”. Speaking at the American Association for the Advancement of Science conference, he said: “From everything I’ve looked at there is zero evidence for genetic engineering, everything looks at natural evolution.

“Thousands of mutations are distributed across the genome through natural evolution. If you’re engineering something you wouldn’t do that.”

One popular conspiracy theory suggests the virus was engineered at the Wuhan Institute of Virology, close to the animal market where outbreak is believed to have started.

Researchers at the Indian Institutes of Technology shared analysis claiming there was an “uncanny similarity” between tiny segments of the virus’ genes and sequences found in HIV – implying that new virus may have been engineered in a lab.

The paper was hastily withdrawn following a backlash from other scientists, but the damage had been done.

Dr Bedford, of the Fred Hutchinson Cancer Research Center in Seattle, said the study was “wrong on a number of levels”.

“The first reference paper released on bioarchive a couple of weeks ago that was very shoddily done, where they had aligned SARS and found these short regions that differed between them and found a link to HIV,” he said.

“Those sequences were not unique. They are not inserts, they are just natural.

“Those chunks of RNA, you see they blast through the tree of life. Neither side of that paper was true.”

Dr Bedford also disputed the suggestion that the coronavirus passed to humans via snakes or fish.

He said the most likely scenario is that the virus was transmitted by a bat to another mammal decades ago.

The infected animal may then have passed it on to its first human host in Wuhan in late November or early December 2019.

The World Health Organisation has also urged tech companies to step up efforts to combat misinformation about coronavirus.

Speaking at a meeting of tech companies in Silicon Valley on Thursday,  the WHO’s digital business solutions manager, Andrew Pattison, warned of an “infodemic” of fake news “spreading faster than the virus”.

ByThe Yellowstone National Park was struck by a “very shallow” magnitude 3.1 earthquake on Wednesday, which was said to have been “felt by many”...
Read more