Coronavirus health latest: Obese people most likely to be hospitalised... 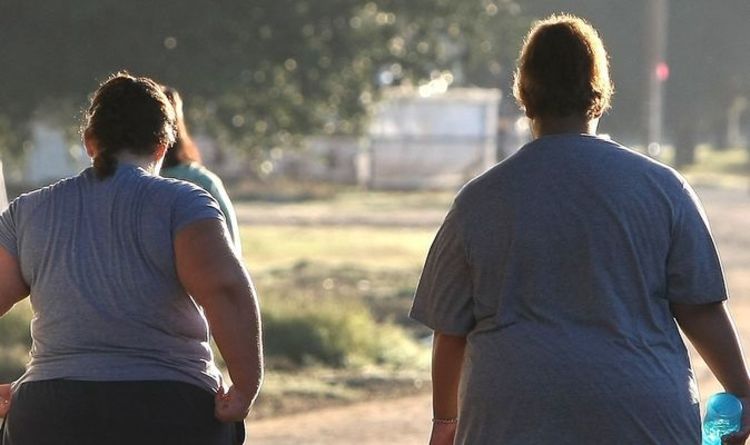 Two New York University studies looked at 8,000 patients, and found being over 65 or having a BMI above 30 were the biggest risk factors for COVID-19 admissions. In one paper, researchers found almost half (46 per cent) of all patients hospitalised with coronavirus were aged 65 or over.

The scientists concluded that “advanced age was by far the most important predictor of hospitalisation”.

However, the study also found that while age was the biggest risk factor, the health condition that was most strongly associated with serious illness was obesity.

Elderly people are more likely to become seriously ill with the coronavirus because the immune system weakens as people age.

This makes it harder to fight off the deadly disease.

Obese patients are more prone to serious infection because their immune system is preoccupied with trying to repair inflammation caused by carrying excess fat.

The report said: “The chronic condition with the strongest association with critical illness was obesity, with a substantially higher odds ratio than any cardiovascular or pulmonary disease.”

A separate study found patients under 60 are twice as likely to need hospital care or ventilation if they were obese, making it the second biggest risk factor.

The researchers said “surprisingly” there was no association between smoking and an increased risk of falling seriously ill with the virus.

JUST IN: Donald Trump drops bombshell plan to reopen US economy by May 1

All patients were from New York City – the new epicentre of the pandemic.

All cases were diagnosed between March 1 and April 2.

In the study, researchers concluded that “in the decision tree for admission, the most important features were being over 65 and obesity.”

Meanwhile, Donald Trump has said he is close to completing a plan to end the coronavirus shutdown and reopen the US economy.

Trump claimed his plan would see some parts of the country likely to be ready to reopen the economy before May 1.

Speaking at the White House Rose Garden, Trump said he would “authorise” governors to implement plans in their states at the appropriate time.

Trump said he would speak to all 50 governors about the plan, probably on Thursday by video conference.

His coronavirus task force has recommended people across the country follow strict social distancing guidelines through the end of April.